An Introduction to my Top 100 Films of the 21st Century 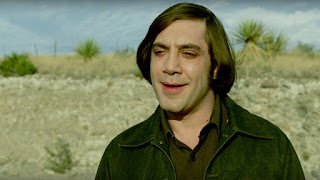 Today, BBC brought 177 film critics in a poll to decide the 100 best films of the 21st Century. Which means, its a collection of the best films of the last sixteen years so far. Some people have already complained about it, since its what people do, that we are not even halfway through the century yet. So what's the point of this exercise? Me? Well, I love any to read any type of ambitious list of films, so I couldn't help but dive right in. I have to say that its an impressive list. I haven't seen everything on it, but I have seen most. The films I haven't seen will only serve as a side list of movies to get to eventually. There are even movies on the list that I downright reject (Honestly, what are professional critics obsession with "Spring Breakers?") But any list that can mold "Eternal Sunshine of the Spotless Mind," with "Holy Motors," and "Mulholland Drive," and "Ratatouille" and "The Dark Knight" and "Mad Max: Fury Road" is a list worth reading about and worth discussing.

I have been so impressed and inspired by BBC's efforts that I have decided to take the challenge and I will be writing my own list of 100 best films of the 21st Century. I have been reflecting on it all day, and I am still trying to figure out which movies qualify for the list for me. You will see some of the same stuff on my list, because hey, when its right...its right. But I hope provide some new stuff too. No two lists are ever alike, and I hope you enjoy mine just as much as the BBC list. I am sorry for being late, but as always, I don't do this professionally.

I think a list like this is important. I love film, but recently its tough being a film fan. When every studio is out trying to find a brand they can use for the next decade, when everybody is rushing to get the next Young Adult novel adaptation going, when Hollywood is remaking a classic except with all-women, and there are all the rehashes, homages, prequels and sequels we never asked for. Well, it gets tough being a film fan. That is why I applaud BBC's efforts here. I love that 177 critics participated. When the present is going so hot in movies, its a great idea to remember what came before. That film has a bigger history than just the here and now. This type of list reminds that we have been blessed with many good things over the years, and that those experiences should not be taken for granted. It reminds us that good film is everywhere, we just need to go find it. This type of list inspires me to get going on new editions of "Essentials" and "Overlooked Film of the Week," and I am kicking myself for falling off with those. I didn't mean to stop those, because they are important to me. But when you have a forty-hour work week, a forty-five minute commute, and a fiance formerly known as girlfriend, its tough getting that free time.

This list proves how dense the history of film is and that each era of time had their good films and their bad films. I can hardly wait to get started on my list. In the mean time, check out BBC's list. Its a pretty good list, if I do say so myself. Starting tomorrow, I will have my list complete and I will start a fun countdown and present my list by quarters. I hope you enjoy it the next few days.

Posted by Shawn Hoelscher at 7:52 PM