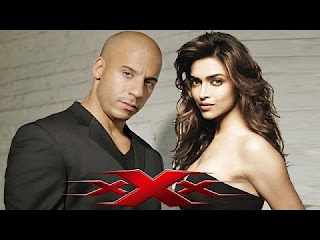 Its official that in 2017, Vin Diesel is returning to this franchise as Xander Cage, the agent we know and love. Yeah, he apparently died in "State of the Union." But if  this trailer is doing anything, its giving that unwanted sequel the big middle finger and practically rebooting the sequel. Soon, "State of the Union" probably won't even exist in the canon of this franchise. Again, this sequel looks to be playing by the same rules the Bond films did, but edgier and more deconstructed. I couldn't be happier.


I am going to give this one a chance. I hope its as good and wild as the first film.
Posted by Shawn Hoelscher at 9:32 PM