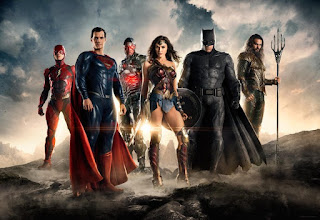 About the middle of July, the mother of all Comic-Con's hits. Yep, all these special "comic-con" events you see all over the country in the summer started in San Diego. That is why every year, the big wigs of all things entertainment and fandom gather to San Diego to give rabid fans a peak behind the curtain of whats coming. Every year around this time, its fun surfing the net, because you're bound to come across San Diego Comic-Con coverage and at least something is going to draw your gaze.

Its interesting being a DC fan right now, simply because there is so much to look forward to but there is also so much uncertainty. I loved "Man of Steel," but I still couldn't stand "Batman vs. Superman: Dawn of Justice." (and that's with knowing I haven't seen the ultimate edition yet) With all of that said, I am still looking forward to "Suicide Squad" in a few weeks. I am also intrigued by the first looks at "Justice League" and "Wonder Woman." Warner Brothers recently brought a bunch of top critics to take a look at some early "Justice League" stuff, while the word from that visit was very positive, the main synopsis of the time spent there summed up that "Justice League" was going to be lighter in tone. Telling from the trailer, they went WAY lighter. Look, its tough to take a look at this stuff and not think they are trying to take some notes from the Marvel playbook. But if "Man of Steel" and "Batman vs. Superman" proved anything, its that general audiences want to have a good time at superhero movies, not a dour time. I have already seen many DC fans take it to regulars, calling them Marvel fanboys and dismissing their gripes completely, many saying that we "Batman vs. Superman" haters didn't "get" the movie. Nonsense. There is very little to actually get from that movie, and if you think differently, you are over-analyzing the film trying to find a saving grace. I can agree on "Man of Steel," but that film was met with a cold reception as well. I don't know if the answer is to suddenly turn things funny, just find a way to show audiences how DC differs from Marvel. DC isn't different because its "dark," there is a completely different tone compared to Marvel and I don't think we've fully grasped that in the films yet.

But, with all of that said, I am intrigued by the "Justice League" trailer. I will give it a chance.

The stand-alone "Wonder Woman" movie? I honestly feel like that's something I can fully get behind.

Even though Wonder Woman was my favorite part of "Batman vs. Superman," it kind of feels like a faint praise, because she's a walking mid-credit scene in that movie and not much else. Just taking a peak at this initial trailer though, this looks like the Wonder Woman we have been waiting for. This looks like it was made by somebody who has a genuine interest and understanding of the character. It feels epic and adventurous. There is some slight humor, but it feels like it has its own identity, and not imitating something we have already seen before. I know there are some haters, but I am completely on board with Gal Gadot as Wonder Woman and she looks like she's going to have some good chemistry with Chris Pine. 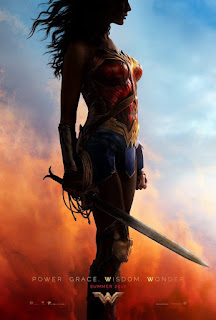 And the new "Lego Batman Movie" trailer? Too much fun.


All in all, lots to look forward too. What do you all think?
Posted by Shawn Hoelscher at 7:43 PM