Catching Up With Comic-Con: King Arthur: Legend of the Sword Trailer 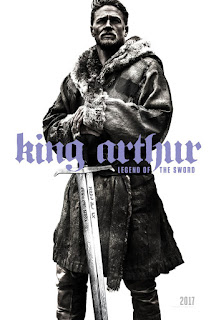 There have already been several film adaptations of King Arthur and his legend. And it seems more often then not, I am left wondering, why is this material so hard to adapt?

Why is that the Disney version is one of the best out there?

Telling from the trailer, this looks like one of those low-budget, fantasy movies that always comes out between January and March. It looks like several good actors are bound to embarrass themselves. It looks like the special effects are beyond tacky. It looks like its going to be a whole lot of style and very little substance. I hope and pray that I am wrong, because if Guy Richtie of all people gets a great script, he can make something rousingly entertaining, and I think he's got King Arthur written all over him. Did he just not get a good enough screenplay?


The weird thing is that I like just about everybody involved. We have Charlie Hunnam as King Arthur. We have Jude Law, Djimon Housnou, Aiden Gillen and good old Roose Bolton in this thing and I think they all can deliver good work. Everything just looks kind of off. Coming off the heels of the not-so-great Clive Owen film, I was hoping for more.


Posted by Shawn Hoelscher at 8:47 PM