What's the deal with Infinity War Part 1 and 2? 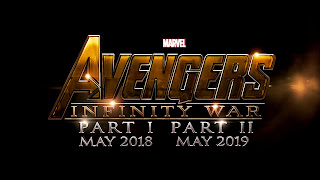 I know I am, and from what I've been hearing, its great. I think the Russo brothers are going to earn a boat load of respect from fans and we will all become even more excited about "Avengers: Infinity War," since the brothers will be directing those movies as well. We've heard some casting ideas, an ambitious number of characters. But today, the Russo brothers clarified something that I think is important.

"The Avengers: Infinity War" will be go through some name changes. It won't be Part I and Part II. They will be changing the names. The Russo brothers have stated that these movies won't be parts of a whole, each film will have a specific story they are telling. So they want to go with titles that fit that bill.

I am happy about this. Personally, other than "Kill Bill," the slicing of a movie into two parts hasn't worked out very well. It didn't completely feel thematically sound when they did for "Harry Potter," and "The Hobbit" and "The Hunger Games." I get why they do it, to make money, but the storytelling and creative side always suffers from this. I like the idea of movies having a clear beginning, middle and end without coming off as a big expensive TV show. Which, let's be honest, the MCU pretty much already is.

In the comics, there was a story called "The Infinity Gauntlet" which was followed by "The Infinity War." I am willing to bet that the first movie will draw on the former and the second film will draw on the later. Just my thought, I could be wrong. None of these movies so far have followed any sort of adaptation to a tee, but  they've made entertaining stories nevertheless.

What does everybody think of this?