Beauty and the Beast trailer 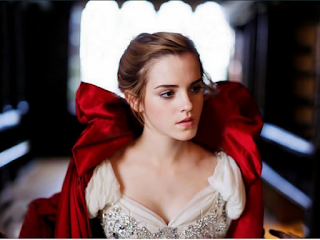 I have been a bit critical of the live-action Disney adaptations, over the course of their creation. But, in recent years, I've begun to be drawn to them. While "Cinderella" didn't rock my socks, it was a good movie, it was definitely a "Cinderella" movie and it worked. Earlier this year, I reviewed "The Jungle Book," and I absolutely loved it. If the Disney live-action movies keep firing on these cylinders, then they will be much more than quick cash grabs.

"Beauty and The Beast" certainly feels like "The Jungle Book" and "Cinderella." Sure, the trailer itself relies heavily on nostalgia, it doesn't give us a whole lot. But it certainly wets the appetite for rabid Disney fans. Its nostalgia doesn't necessarily hit you over the head like say the "Independence Day 2" trailer did. But it gives you enough to remember what came before, while also flooring you with the new. We've got Emma Watson as Belle, Luke Evans as Gaston, and awesome veterans such as Sir Ian McKellen, Stanley Tucci, Emma Thompson, Ewen McGregor and Josh Grad filling in the rest of the supporting cast. And beast? He's being played by Dan Stevens. Stevens was an actor who absolutely blew my mind when I watched "The Guest" on Netflix. A movie EVERYBODY should see. I love that he's getting his chance in the mainstream spotlight, he'll be a great Beast!


I am excited!
Posted by Shawn Hoelscher at 7:19 PM