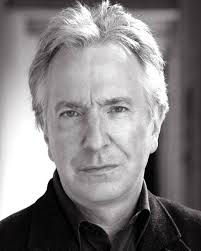 Man, cancer has been a bitch this week. Another legendary actor has fallen this week.

I have decided to do something a little different this time in my reflection on Alan Rickman, I am going to make a top ten list of his best performances. The performances I will always remember the best out of Rickman's wonderful career, because trust me, everything he touched seemed to turn to gold. So making a top ten list was hard, but if you only know Rickman from "Harry Potter" or "Alice In Wonderland," I urge you check these ten movies out. 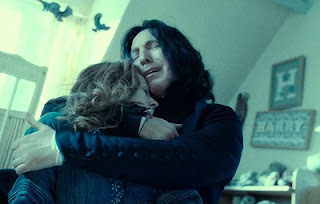 I could have easily cheated and put all eight movies in the "Harry Potter" franchise in this spot, but I think Rickman is so good in this last movie that he could have been nominated for an Oscar. If you know the books, you know Severus Snape had a big moment in this final film. When Snape's big moment comes, Rickman didn't just take it and run with it, he flew with it. Rickman always did a good job of making us question Snape's loyalties, but in the final film, he really sold his passion, his secrets and his bravery in a single stretch of film. It is riveting work, and one of the highlights of the entire franchise. 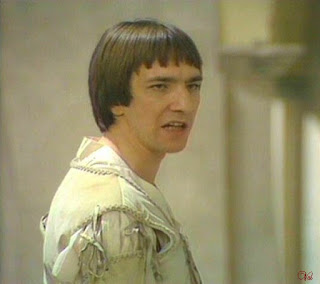 This is the first movie Alan Rickman ever starred in, and in it he really represents the viciousness and snide required to play Shakespeare's Tybalt. Even in his first big role, Rickman forshadowed a remarkable artist who would only grow in the upcoming years. 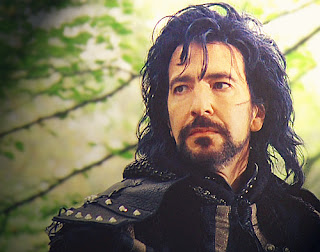 You are going to see very quickly that Rickman specialized in villains for a good portion of his career. But what Rickman excelled at was giving a unique voice to all of his villain characters. The Sheriff of Nottingham was no different, and he was easily the highlight on an arguably mediocre Robin Hood movie. 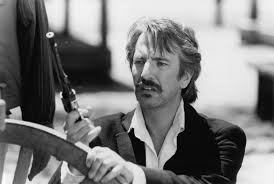 Alan Rickman versus Tom Selleck is the reason to see this movie.

Now while Rickman was a very vile guy in most of his movies, "Gambit" was one of those rare moments where he really let his silly side unleash itself. It wasn't often when we Saw Rickman so mindbogglingly loony. But those moments paid off just as much as his most villainous of performances. 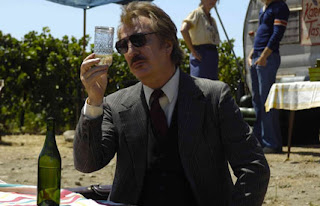 I have been pretty harsh on biopics in my time on this blog, so of course leave it to none other than Mr. Rickman to show us what a really good biopic looks like. In "Bottle Shock," all of Rickman's greatest strengths are on display and he creates a portrait of a man who is both witty and driven. 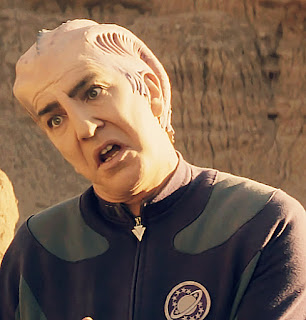 "By Grabthar's Hammer, by the suns of Warvan, you shall be avenged!" Yep. Still funny.

3. Marvin The Paranoid Android, "The Hitchhiker's Guide to the Galaxy"

Rickman had one of those iconic voices that you would know if you just heard it. You never had to match a face to that face, you knew it was him. Even though Rickman was a brilliant performer, he had a knack for voice work, and in "Hitchhiker's Guide to the Galaxy," they used Rickman's voice at its most eloquent and most amazing. 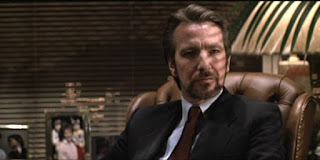 Possibly the most well-known performance on Rickman's resume. Well, there is a reason for that. Never was Rickman more fun to watch as a villain. Never did Rickman command the screen like he did here. Rickman really gave Gruber a personality, if it weren't for Gruber being bad, you'd probably want to grab a drink with him. He wasn't just the "bad guy," he had real character and real development. His intelligence and adjustment actually made him a real foil to Bruce Willis' cop character. This is what great bad guys look like. 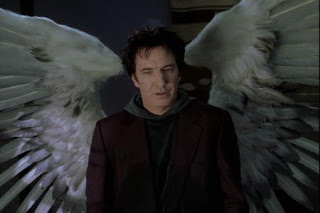 While its not as remembered when we think of all the great movies we were praised with in 1999, "Dogma" was a movie that really challenged the status quo. It had the balls to look at religion and say "you know, you are kind of doing it wrong." and I am sure its blacklisted in every Catholic church across the planet. In the film, Rickman lets his dry wit take the best of him. He is given a lot of the best lines in the film and delivers every one of them perfectly. He is given some of the best scenes in the film and makes them look effortless. In one single performance, Rickman showed us what separated him from all the other actors in the business and why his work was so memorable in the first place. Hence, this is number one.

I'd love to hear your favorite Rickman performances. Let's celebrate this man's filmography. And always, Rickman shall be missed.
Posted by Shawn Hoelscher at 8:30 PM