I am going to make one last list that represents the best 2015 offered as far as films go. According to me.

I always thought the Runner Ups were an important list to make, and it seems like lots of different critics make them. Some people have always criticized the creation of endless lists, stating that there are never more that five stellar movies a year, maybe a dozen on a good year. I am not wired like that, not even close. I love movies. I have all my life. They are a true part of who I am, a piece of my identity. As I have stated before, I like more movies than I dislike. I wouldn't do this if I hated so much out of each year. Each new year is a mission statement to me, I have to see as much new as possible, see through the cracks of the popular and mainstream, check out any vintage movies I haven't stumbled upon yet. I love it, and it seems lots of people who really delve into each year believe the same thing. So if you can't get over that I have so many lists pertaining to the year that just ended, then maybe movies really aren't your thing.

There is a reason I create so many lists. I like my top tens and my thirty terrifics, as each year ends, I make a list of 50 or so movies that really meant something to me and I pick twenty serious finalists from that list. Ten of those finalists will make the top ten, and others will be runner ups. That is what's special about the Runner Ups, they were so great that I considered putting them on the main list, and trust me, these ten movies made making lists this year hard. 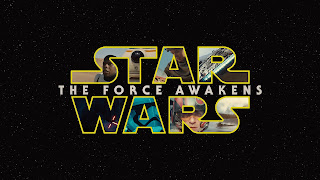 Yes, I loved it that much. Yes, I know, this one is divisive. All the big long-awaited tentpole blockbusters are always divisive. I could list off a dozen more that came out this year. I understand when people say that "The Force Awakens" is a shameless remake of "A New Hope." I get why people say that. But by pushing Han, Chewie and The Skywalkers to supporting roles and pushing their new characters as the leads, it feels fresh and new. That's exciting to me. It also helps that Rey, Finn and Poe are great characters. It helps that Kylo Ren, Snoke and Hux are so intriguing and that their villainous dynamic so different compared to say Vader, Tarken and Sidious. I think J.J. Abrams made the same great decisions Lucas did and didn't necessarily hire the best actors for his characters, but the right people. I am particularly taken aback by Daisy Ridley and I can't wait to see how she evolves as an actress. I already have a thousand theories regarding her character brewing in my head and discussing those with family and friends will be fun for the next two years. I am ready for the future of Star Wars and I hope you are too.

2. Beasts of No Nation Netflix first original feature film was a strong one, and Cary Fukunaga has always had a strong flair for creating screened stories. The first season of "True Detective" is flawlessly tremendous and my biggest regret is that we'll never see his "IT" adaptation. "Beasts of No Nation" is scary in an entirely different way compared to "True Detective" or Stephen King, though. This is everyone's worst nightmare, losing their family in front of them and being forced into an army at such a young age, being forced to do unforgivable things. Abraham Attah unforgettable performance as Agu is harrowing and heartbreaking, as we feel every ounce of his angst has he grows from innocent boy to child soldier. The supporting performance by Idris Elba as the man who recruits Agu is as menacing as anything Elba has ever done. I think I already know which supporting role I will be rooting for on Golden Globe Sunday. 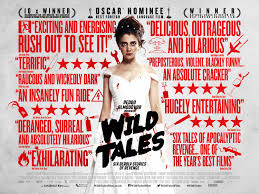 Its amazing to me how sometimes comedy tiptoes with anger. It seems like some comedies, when they have something specific to say, have a boiling point ready to blow at any minute. Damian Szifron's multiple fabled masterpiece is both rousing and spiced up with jetblack humor. I always find myself thinking to myself when something is directed in a humorous light, even though what is happening is shocking and even awful. Each story in this movie revolves around how sometimes we go out of our way to be justified in our rage, and how we lash out. Sometimes though, that thirst for revenge ends up getting the best of us, which makes "Wild Tales" something that is hard to ignore. 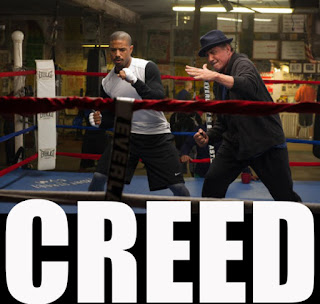 People I know are speechless when I tell them just how great "Creed" really was. The truth is, I wasn't expecting to like or even love this. This was something that wasn't remotely on my radar, something I thought I had all figured out before ever sitting down to watch it. Much like "Star Wars" one could call this a simple remake of "Rocky" featuring Apollo Creed's illegitimate son, but it feels like so much more. Rocky is at a very different point in his life after we saw him a decade ago in "Rocky Balboa" and Creed's son has a chip on his shoulder. It may feel like a routine movie, but the way each actor gives themselves to their role and how wonderfully the story works makes this one feel original. 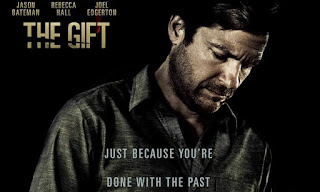 Its not every year when a first time director can absolutely flatten an audience and really make a name for themselves as a true artist of the craft and it makes me smile that it happens to lots of actors (Who remembers Ben Affleck's directorial debut?) Joel Ederton is an actor I have liked very much for many years. But what he had in store for us this year was beyond anything I could have imagined. The biggest surprise and the most wonderful of modern thrillers, "The Gift" is something that will keep you guessing and bestows a powerful conclusion. 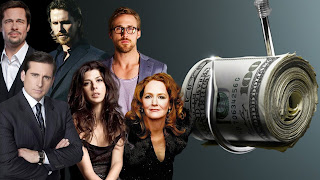 On one surface, "The Big Short" is the financial crisis version of "Ocean's Eleven." It features a hit cast who are all clearly having the time of their lives putting this story together, all done in a very funny manner. On the other surface though, "The Big Short" is easily one of the angriest movies of the year, and how Adam McKay was able to go back and forth on those polar opposites and still make something that is relevant is hard. But McKay made it look so easy and I think the ending result will be something that will be enduring and "The Big Short" will be one crazy history lesson when people start asking questions about the greatest depression in recent memory years from now. 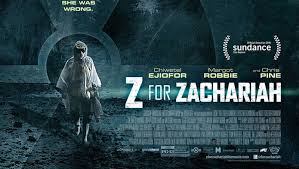 It seems so simple. Three actors, one location. Many movies in the past have tried to pull off a similar feet, but "Z For Zachariah" packs the goods. This movie may not have had the same marketing ploy and budget as "Star Wars," but it will effect you in much similar ways. Chiwetel Ejiofor proves just how awesome he truly is and Margot Robbie and Chris Pine prove that they are more than pretty faces. In fact, Robbie was a real stand-out here. Robbie could go down as an actress who wasn't just a pretty face, but a true thespian of cinema. I hope that, I hope that very much. 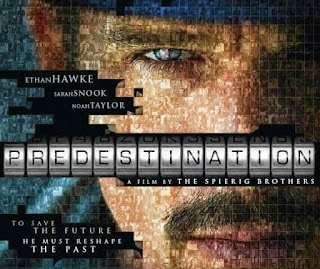 Because science fiction that goes out of its way to both entertain and evoke deserves your attention. 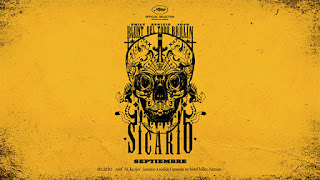 This movie gives "Drugs Are Bad" a whole, new meaning. "Sicario" isn't the first movie to cover the ground of the War On Drugs or how corrupt the war really is. But its a brilliant character piece put together by Josh Brolin, Benicio Del Toro and especially Emily Blunt. I have loved Blunt for many, many years and she is proving more and more how great of an action presents she has. Go ahead Marvel, we know  you made a mistake, call her back any time now.

Many have tried to faithfully adapt the true story that was the Standford Prison Experiment and its this adaptation that really sets the record straight. For once, the whole thing doesn't become an action-revenge movie. For once, the whole thing doesn't go so far off the rails that it becomes absurd. In fact, this is a mostly quiet movie, with a slow burn that jumps up and punches you in the gut. The young cast of up and coming actors is absolutely incredible and Billy Cudrup gives a piercing portrayal of a man who loses himself to his scientific work. Really brave stuff.

Up next? I have already discussed the good and bad in 2015, now its time to look ahead into the year that we are in. January is always a slow month, so I start digging into the movies coming out in 2016, and I will be talking about stuff I am excited to see this year. I will also start catching up on the award oriented movies that I missed in 2015. For a film fan, its hard not living in Los Angeles or New York City. We get lots of stuff last, but I will see as much as I can before the Golden Globes on Sunday, something I plan to write about as well. Until then!

If you missed my Ten Worst films of 2015: click here!
Posted by Shawn Hoelscher at 8:30 PM