Five Actors Who Could Be The Next Bond

So its been a pretty big rumor that Daniel Craig may tap out of the James Bond role now. Nothing is even close to being set in stone, so this should be taken with a grain of salt. I haven't read anything to confirm or debunk this. So I have no idea. I have liked Craig's run. Despite my review of "Spectre" I posted, last night. I still really like the Daniel Craig era. I hope this isn't the end of Craig's run, but I could have said that about almost all the actors who put on the suit and drank a vodkan martini. This is apart of the franchise, and if Craig really is done, I have compiled a list of five British actors who I feel could fill the shoes of James Bond.

And yes, I specifically sought out British actors for this list. I feel Bond needs to be played by an actor who, at the very least, hails from the UK. I feel Bond needs to be British just like Captain American needs to be played by an American. I also feel like that if Steven Spielberg ended up directing the first few "Harry Potter" movies, and he got his way and hired Haley Joel Osment to play Potter, something would have been off about the entire production. I am glad Warner Brothers ended up casting Radcliffe in the role. I know that isn't very PC of me to say, but Ian Fleming wrote the character British and there is something authentic about a British actor playing an iconic British character. It just needs to be. So if you are wondering why a certain American actor isn't on the list. Well, I don't care how good they are. If they aren't British, they didn't make the list. 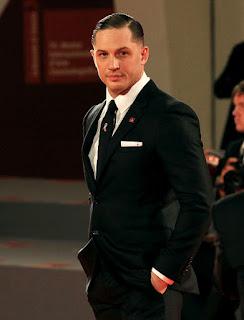 Yeah, he's the big, obvious choice. And already, lots of places are claiming him as Craig's official replacement. Make no doubt about it, Hardy would make an impeccable Bond. He's got the look, and he's got the talent to back it up. He even has the classic look that Ian Fleming invented. The only con I can really think of is Hardy has become a supernova of a star by now. Would MGM be willing to cough up the money to get him pegged for the role? 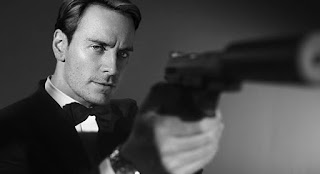 Come on. He pretty much spent the first half of "X-Men: First Class" auditioning for the part. Much like Tom Hardy, Fassbender is an actor who can suave, but can also be rather rough around the edges. I think he's an actor who could create the more human, vulnerable Bond Craig has been playing since 2006. He could also make it something of his own. The only con I can think of is remembering how much the Bond fandom rejected Craig simply because he had blonde hair. How would they react to a redhead snagging the part? 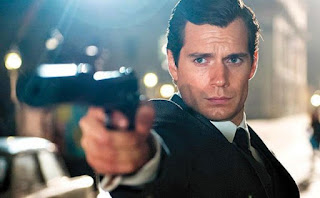 You may reject this choice based on your feelings  towards "Man of Steel." I loved the movie, I stand by the review I wrote. I also felt that Cavill was a huge discovery. He's already dabbled in the spy genre with "The Man From U.N.C.L.E." a movie I will be seeing and reviewing as soon as I possibly can. I think Cavill could be a worthy replacement. If you are worried about him playing Superman, just remember that Jennifer Lawrence has juggled two blockbuster franchises with ease (Hunger Games and X-Men.) If she can, so can Superman! 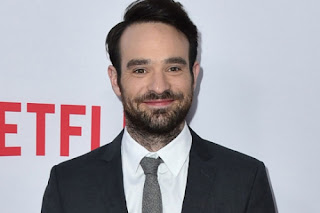 Okay, so he'll have to shave before he hits the screen. He'll also have to check with Marvel and make sure "Daredevil" doesn't hold him back at all. But other than that, I don't see why Cox couldn't be a good contender for the role. He proved this year that he can be intimidating, that he can be a gentlemen and that he can even pull off a dry wit that Bond has possessed as of late. Of anybody on this list, Cox is easily the biggest long-shot, but somebody they should consider. Just hop on Netflix and watch "Daredevil." Wow. 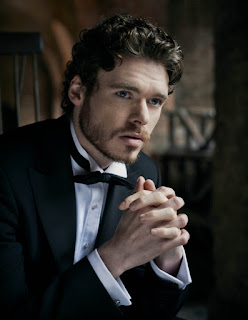 When I watched the first three seasons of HBO's "Game of Thrones," I thought to myself "Hey, Richard Madden should take the part after Craig." I think I thought that because he's an actor who I think possesses every little detail of who Bond is. He's British, he's fit, he's good-looking, he's talented, he's suave, he's intimidating, he can kick some ass, he is able to turn on the sense of humor when he needs to. He is also able to turn on the killer instinct when he needs to. He can juggle all of these emotions with ease, exactly how Connery and Craig did. Plus, just look at the picture above, the look in that suit. He screams Bond to me, and he's possibly the least expensive choice on the whole list. Craig really became a breakout star thanks to James Bond, why not let a more under-known actor take the part and rock it for all its worth?

So these are my thoughts. Did I miss anybody? Let me know in the comment section below! I'd love to hear who your choices would be once Craig has had his fill of the role. Which could be sooner rather than later. Only time will tell, but if the worst happens, we should be prepared!
Posted by Shawn Hoelscher at 9:12 PM