Marvel and the Rumor Mill 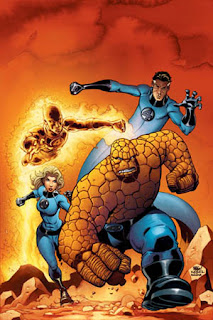 For the last few weeks, Marvel has been shrouded in rumor.

So much so, it is nearly alarming.

When it comes to rumors, I do not always write about them right away. Because of the big "R" word itself. Especially on the internet, you can never take any rumor seriously. There are several websites that will stretch the yellow journalism boundaries for a good story. Even when it comes to superhero movies, well especially because of superhero movies. Maybe this fad will fade out, maybe it will have decades and decades of longevity, but they are a hot business right now. So people will stretch the truth just get massive hits on their website. Me? I like to make sure something is as credible as possible. I like to sit on stories for a little while, see how they materialize for a couple days. I like to see who steps up to either confirm or debunk a story. There is so much information out there, and most studios smother their productions in secrecy now. The way we pass on information has changed, so Hollywood has to adapt to the challenge.

Earlier today, there was a "rumor" that said that Fox agreed to move Fantastic Four back to Marvel and that we would get a "FF in the MCU" film as early as 2020. When I hopped onto the computer to see what else I could find out about this story, I read that has been officially official that Fantastic Four will stay at Fox. There will be no Fantastic Four in the Marvel Cinematic Universe coming anytime soon. How do I know? Fox came out and said so, and trust me they would know.

That's what is most important about these rumors. There are only a few specific resources that can confirm and debunk something, in this case it was either Disney or Fox, and one of them stepped up to debunk the story. Anybody would not be confirmation, no matter what way you cut it. If you are reading a story and somebody said they heard it from "somebody at the studio," well that's not concrete, that's just a story. Always be wary of words like "reportedly" or "rumored." because that always means that the story isn't set in stone. After reading so much movie news over the years, and yes I am a huge nerd in that aspect, you pick up on norms in the field of movie news. Its easy to see when a story is true or not.

For example, last week we heard that the Netflix TV show "Iron Fist" and the 2019 "Inhumans" movie for Marvel were both scrapped. Apparently the source said they heard it from a studio exec you got drunk at the bar. Seriously, somebody said something of the sort at a fucking bar? We are supposed to lose our minds over not seeing some unique, cool characters over some ramblings of a drunk guy? Don't make me laugh. Unless Kevin Feige, the President of Marvel Studios, steps up and confirms this, then bet on the show and movie coming out in their appropriate release dates. You can't count on some studio exec because we can't know how in the loop they are. The story didn't even give a name, so how can take this with anymore than a grain of salt.

If we are on the topic of choice, I am kind of glad "Fantastic Four" is still at Fox. As much as I would love to set my eyes on a "Fantastic Four" movie that was actually good, I like that Marvel is going forward with some of their more obscure characters. If Marvel had the rights to Spider-Man right away, or will if they had Fantastic Four or X-Men, we would have never got an Ant-Man movie, or a Doctor Strange movie on the way. Or Guardians of the Galaxy, or Captain Marvel or Black Panther. But if we haven't seen these characters yet, they are headed to a theater near you soon. That's exciting, the cool C-list characters are on the A-list now, and that's awesome. Marvel is not just making good movies about these characters, but popular movies. They are money-making machines and they are generating lots of buzz. This is why we see them take chances, and move around their schedules so much. That's why stories like possible scraps come up, because Marvel has that power and it took lots of time to get there.

I can't wait to see their future, how they move into Phase Four. If Inhumans and Iron Fist fall through, I am sure it will be for focused and thought-out reasons. But honestly, for now, I would expect to see those media showers on time.

Posted by Shawn Hoelscher at 7:35 PM