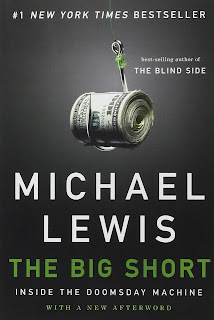 I think there is still so much shrouded in mystery regarding the financial collapse. I watched a documentary a few years ago called "Inside Job" and I found quite fascinating how this thing fell into place. At the same time, I did feel bad that it did happen. I also think the documentary raised some questions while it also answered several of them.

"The Big Short" will be a movie that tackles this subject. It stars Christian Bale, Brad Pitt, Steve Carrell, and Ryan Gosling. Yep, you read that right. Now that is a cast of players right there. Put those four in anything, and it will be pretty awesome and them leading a movie about the financial crisis is something I am instantly interested in. The trailer itself also looks pretty good and this looks like something I am going to be wildly excited about.


Posted by Shawn Hoelscher at 7:54 PM