Has Hollywood become Too Ordinary? 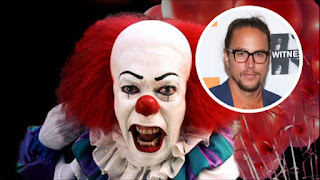 There are about a billion different reasons why I started this blog, but the biggest reason I began to write this was my passion of movies. I have been immersed in the world of movies since I was able to walk and talk. Even though it wasn't what I studied in college, I have been writing about movies for free even before I went to college. But my audience was always confined to my circle of friends. What drove me to finally begin publishing my own blog was the death of Roger Ebert. Ebert didn't watch movies and talk about them, he soaked them up the same way Michael Jordan soaked up basketball or Bill Gates soaked up technology. His writing was inspiring, and it forced me to let my voice be heard, not caring if I make money on it, not caring if I reach a wide audience, not caring how far it went. Just as long as I got my voice out there, I was fine. That's how much I love movies, I have to share. When it comes to movies, I can ramble and ramble and ramble. I've been asked several times throughout my life why I never chose a career in movies, and I think I like being the overly-passionate guy who spreads the stories, because that essentially what the best movies do.

Movies are all encompassing. Sometimes they are about things that real or things that are clearly impossible. They are about real human emotions and real human ideas. They take us on a journey, an odyssey through their characters. They make us feel happy, they make us feel sorrow, they make us feel empathy. That what makes them so great. On some levels, they also connect us to the rest of the world, as well as connect us to each other. One can learn anything they want to know about the world just through movies, whether its history or music or dancing or food or literature. Which brings us to Stephen King.

Anybody who has been keeping close tabs on my blog knows how excited I've been about the "IT" remake. That should say something because I am pretty "anti-remake." I just watched one tonight that I was going to write about before what I want to discuss right now flabbergasted me. The original "IT" mini-series may have scared me when I was young, but it hasn't aged well at all. I watch it now and I am completely not scared and its kind of a joke. A Stephen King book should never be a joke. I remember reading Stephen Kings "IT" and it was horrifying. It was strange and disorienting and there was plenty of material that could make for a spooking good time at the theater. They hired Cary Fukunaga, who made the brilliant first season of "True Detective" on HBO and it seemed like everything was falling into place. Why I couldn't figure out the casting of Will Poulter as Pennywise The Clown, I was drawn to whatever Fukunaga saw in him and I was desperate to see this movie made.

Then there was a falling out with Fukunaga and the studio and the remake was left on the table. After weeks of rumors and scattered words, Fukunaga has come clean on why he left the "IT" remake and it isn't pretty:

“I was trying to make an unconventional horror film. It didn’t fit into the algorithm of what they knew they could spend and make money back on based on not offending their standard genre audience. Our budget was perfectly fine. We were always hovering at the $32 million mark, which was their budget. It was the creative that we were really battling. It was two movies. They didn’t care about that. In the first movie, what I was trying to do was an elevated horror film with actual characters. They didn’t want any characters. They wanted archetypes and scares. I wrote the script. They wanted me to make a much more inoffensive, conventional script. But I don’t think you can do proper Stephen King and make it inoffensive.
“The main difference was making Pennywise more than just the clown. After 30 years of villains that could read the emotional minds of characters and scare them, trying to find really sadistic and intelligent ways he scares children, and also the children had real lives prior to being scared. And all that character work takes time. It’s a slow build, but it’s worth it, especially by the second film. But definitely even in the first film, it pays off.
“It was being rejected. Every little thing was being rejected and asked for changes. Our conversations weren’t dramatic. It was just quietly acrimonious. We didn’t want to make the same movie. We’d already spent millions on pre-production. I certainly did not want to make a movie where I was being micro-managed all the way through production, so I couldn’t be free to actually make something good for them. I never desire to screw something up. I desire to make something as good as possible.
“We invested years and so much anecdotal storytelling in it. Chase and I both put our childhood in that story. So our biggest fear was they were going to take our script and bastardize it. So I’m actually thankful that they are going to rewrite the script. I wouldn’t want them to stealing our childhood memories and using that. I mean, I’m not sure if the fans would have liked what I would had done. I was honoring King’s spirit of it, but I needed to update it. King saw an earlier draft and liked it.”
Read more at http://www.hitfix.com/the-dartboard/it-remake-cary-fukunaga-spills-more-details-on-his-exit-and-its-not-pretty#BW69upWPH8GEVLtE.99

I had to read that a couple of times before I could believe it. Now I just feel ill. I am disgusted. I am ashamed, ashamed that this is allowed to happen. Ashamed that this will happen. But most of all, I am ashamed that this has been happening for awhile now. Hollywood has become a money-making machine, and that has been taking the place of entertainment platform for years now. I love movies, but right now we are living in one of the most uninteresting periods in the history of the medium. We are growing up in a world of remakes and reboots, of homages and redo's and that has taken the place of original, rule-breaking movies. Studios now want to play it safe, because that's where the money is at. Hollywood seems to think that people just want to see the same stuff over, to just be bombarded by the same stories year after year. If it doesn't work, who cares, Hollywood can always reboot it in the next three years. It doesn't seem to me like Hollywood wants to take chances, and the small cohort of artists who are taking chances get movies made on a nothing budget for a very small audience.

Stephen King's "IT" should not be anywhere close to resembling ordinary horror. "IT" is a strange story, it is a horrifying story. It is filled to the brim with supernatural and human-scale terror. It seemed that Fukunaga really got that, but the studio wanted to play it safe. What Fukunaga said is true, you can't play it safe when you are adapting Stephen King, it just can't happen. You either fully embrace his warped style or you don't, and if you don't, you are going to miss exactly what makes his material so rich in the first place. In a world of found footage and torture porn, "IT" could have been a real statement. Something that felt new and fresh in this era on rewind. But its clear that Hollywood is only interested in making money, forgetting (or possibly ignoring) that being daring can also lead to riches as well.

The 1970's was the best decade of film ever. That pisses me off because I didn't get to see it. The 1970's were the days of early Steven Spielberg and George Lucas, of Martin Scorsese and Francis Ford Coppola. Every movie coming out in that decade felt fresh, felt daring, and these movies helped define American cinema for an entire era. Plus, filmmakers got together on each film, they took notes, they gave each other pointers, which also lead to an incredibly rich decade of film. Filmmakers don't seem to really do that anymore, because they are afraid of fluctuation in their dollar making, and that's too bad. There is no sense of community anymore. There is no need to put forth something truly profound for the audience. George Lucas was told in the 1970's that "Star Wars" would fail, not only where the naysayers wrong, but Lucas created a cultural phenomenon, something that helps define our culture. What would have happened if Lucas tried to make "Star Wars" today?

You see lots of ordinary every day in the theater now. The ordinary have the bigger bucks and the bigger marketing campaigns. They get the bigger actors and better studios. The creative and the daring have become the little man in this business, instead of defining the business. Even Marvel, which is creating a franchise I absolutely love, is pushing out product that follows the same formula. I see people write everyday when Marvel is going to do something daring, when they are going to kill a high-profile superhero and keep them dead. When they are going to make something dark and serious. My guess is never, Disney has caught on that formula sells in this uninteresting era, so we will get a franchise of twenty-something films which all feel alike, and they won't even try to overcome the problems and flaws that have plagued even the best Marvel movies. They will just give the brain-trust behind the franchise more power within the studio, and the franchise will keep on trucking along.

I don't want studios to play it safe. I don't want formula. I don't want remakes and reboots for the sake of cash grabs. I want to feel alive at the theater again. I want to witness somebody try something daring, and if they swing and miss, I will at least respect their effort. I want to see artists creativity to flow and the studio should allow it to flow. I remain drunk in love with George Miller's "Mad Max: Fury Road" because Miller through safety and predictability out the window and the made the movie he wanted to make. Its not a movie that's familiar, not a movie you can guess the outcome of. Its complete cinema from start to finish. I want all studios to invest in ambition over easy cash. The question is, will it actually happen?