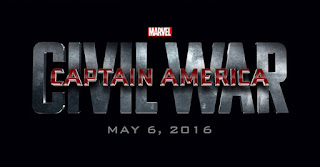 With "Captain America: Civil War" coming next year, there is already several factors that film features that has fans excited. It is the follow-up to arguably the best film in the MCU so far. It will see two heroes square off against each other in year that will remembered as the year heroes squared off against each other. It features an incredible ensemble cast which will include Chris Evans, Robert Downey Jr, Scarlett Johansson, Jeremy Renner, Sebastian Stan, Anthony Mackie, Elizabeth Olsen, Paul Bettany, Paul Rudd, Martin Freeman, Emily VanCamp, Frank Grillo, Daniel Bruhl, Don Cheadle, and William Hurt. We will also see the introduction of Spider-Man into the MCU.

Another factor that has fans talking, and me personally excited is the introduction of the Black Panther. If you remember in "Avengers: Age of Ultron," the characters talked a great deal about a country called Wakanda and a resource called Vibranium. Vibranium is the metal that made Caps shield as well as Ultron's body. It is a metal mined from the country of Wakanda, which also happens to be Black Panther's home. Black Panther will have a stand-alone movie in 2018, but he is making his big screen debut next year. He will be played by Chadwick Boseman.

Here are some early set photos which show us Black Panther in action. What is also interesting is that he sharing this scene with Bucky Barnes, aka The Winter Soldier. Why are Bucky and Black Panther together? Is Bucky chasing Black Panther or are they in some type of alliance? We have heard for months now that Black Panther really won't be taking anybody's side in the civil war, but will more of a third party, does that third party include Bucky?

Time will tell, for right now, check out the photos below. 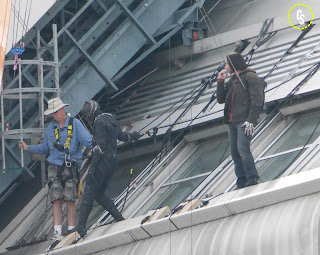 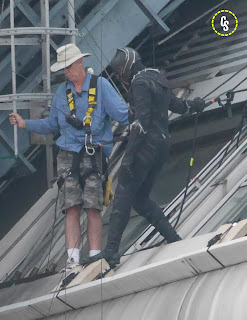 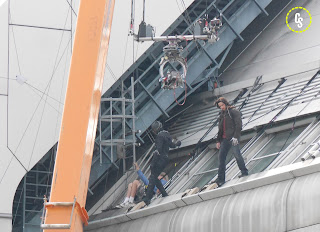 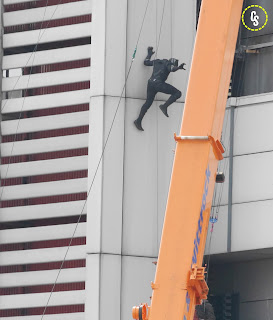 The suit looks cool, the photos are pretty neat.