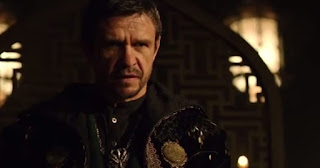 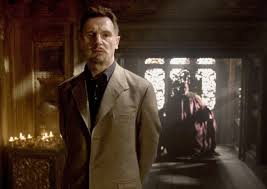 I guess I might be on a bit of a Batman kick. I haven't even got the new Batman game on Xbox yet, but hey I love me some Batman.

Its funny though, one of these interpretations didn't appear in anything Batman related. One is from the infamous Christopher Nolan "Batman" trilogy and the other from CW's "Arrow." Ra's Al Ghul has always been an interesting villain, only because he's a quasi anti-hero. He wants good in the world, but he feels that all the worlds problems will be solved if billions of people die. Ra's brings up moral integrity in all of us and question's it. That is why he is such a great Batman villain, and honestly, one of the most underrated villains ever. I am just glad that we have already seen two awesome portrayals of him. But who played him best?

My Two Cents
I think Matt Nable is a wonderful actor. Before "Arrow" I could not have told you a single thing about him. I saw him in all of season 3 of "Arrow" and he also starred in a great little, Australian movie called "Son of Gun" earlier this year. He's blown my mind completely, and he's wildly talented. I hope he has a long career ahead of him and I hope I see a lot of him in the future. With all that said, there can only be one winner here. I know Liam Neeson has suddenly become a sellout and he's clearly just working up a persona for a paycheck. But Neeson rocked as Ra's. He really became the character and he did it justice. There are few actors in the world who can stand toe-to-toe with Neeson and while Nable gives a valiant effort, Neeson wins this, no contest.

Agree? Disagree? Fire off in the comment section below. You can also email me your votes at bloggershawn@gmail.com. You will have until next Wednesday to vote.

LAST WEEK: WHO PLAYED IT BEST? TWO-FACE
Tommy Lee and Aaron Eckhart took to the streets for a brawl last week. The voting results are in and here is how the vote shook out. 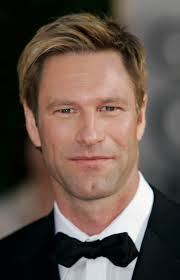 I believe in this Harvey Dent