Who Played It Best? B.A. Baracus

WHO PLAYED IT BEST? B.A. BARACUS 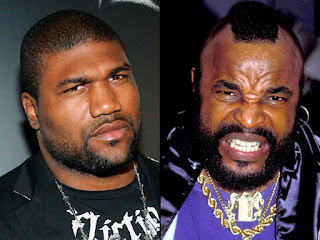 I haven't seen much of the old-school "A-Team" television show, simply because it was WAY before my time. I liked the little bits and pieces I have seen, I thought it was cool for its time period. Honestly, its also aged fairly well for being an older show. That is all based on the little bit that I have seen. The most exposure to "A-Team" was the 2010 movie which was made. If you have seen the movie, then you know that's not the best overall exposure to have. Was the "A-Team" movie fun? Sure, it was a typical summer blockbuster, but nothing more. The plot was so odd that I laugh trying to explain it, and it seemed Liam Neeson and Bradley Cooper were kind of going through the motions instead of trying to make decent characters. The action towed the line between being thrilling and being cheesy, and that tip-toeing overall made it look as if the movie was trying a little too hard. But enough bad-mouthing the 2010 movie, the most iconic character of the "A-Team" franchise is easily B.A. (Bad Attitude) Baracus. He was played by Mr. T on television and Quentin "Rampage" Jackson in the movies. My question tonight is, who played B.A. best?

My Two Cents
Despite what I just said above, I actually think this is a pretty fair fight. As much as I was unimpressed with the 2010 film, the two best parts of that film were Sharlto Copley and Quentin Jackson. Jackson really brought his character to life. He paid homage to the character Mr. T created, while also making the character his own. That is often a difficult task to pull off, and Jackson made it look so easy. I don't think there are many celebrities turned actors who have the talent to fit the big screen, but it seems Jackson certainly does. I hope he does eventually return to the big screen, because he's perfect for action roles. (Sylvester Stallone, I am talking to you buddy, Expendables 4). At the same time, Mr. T gave birth to the role. He played the character for a few years. This is almost like second nature to Mr. T. So where do you draw the line? Do you prefer the television rendition better or the film rendition? It is a tougher question to answer, and something I think I need more time thinking about.

Are you as conflicted as I am? Agree? Disagree? Sound off in the comment section below or email me your votes (bloggershawn@gmail.com) You have until next Wednesday to vote.

LAST WEEK: WHO PLAYED IT BEST? AGENT K
Last week, I took a look at one of my favorite science fiction films in of all time. The character Agent K was at a glance. Who came up victorious between Tommy Lee Jones and Josh Brolin? The results are in and the winner is... 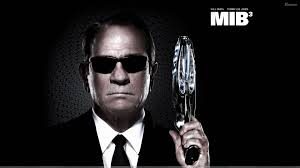