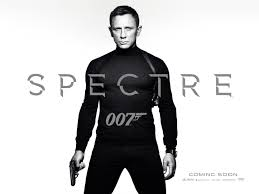 There is a pretty big group of Bond fans who are not fond of the Daniel Craig. They call them "Jason Bourne clone movies." While that is partially true, there is a lot more to it than that, and if these so-called "Bond fans" were the hardcore fans they claim to be, there is one thing they should know. The Bond franchise has always been a reaction to the culture happening around it. You stack every Bond film from every era in its respective year, and it represents everything around it. The Bond films have always been a reflection of what is going on around us, not just from an action movie standpoint, but from a cultural standpoint. There are no clear bad guys in the Daniel Craig movies, and now take a look at Al Queda and ISIS, these are mere organizations, not a country or a clear-cut alliance. The Bond franchise has always taken what is popular and what is happening in the world and applied it to James' unique personality. I like that and I can live with that.

But is it getting out of hand?

Look, one thing I have admired about Craig's run with the character is that all of his movies have been linked. "Casino Royale," "Quantum of Solace," "Skyfall" and "Spectre" are clearly chapters in one big story. I like that MGM has tried to create some coherency within the Bond franchise. Craig, is also not the classic Bond. He eludes the MI6's orders and has moved the tune of his own trombone throughout the franchise, which I think rubs people the wrong way too. But with that said, I have to admit, "Spectre" has me a little scared. There are a couple scenes in this trailer that really present another "Chosen One" type story. That to me, would be a huge mistake. James Bond does not need a "Chosen One" story. Why can't he just be a badass secret agent who is motivated by crown and country? Why all of sudden does storytelling need to link every character and every situation to the lead character?

The last time a studio did that was with "The Amazing Spiderman" franchise. Can we remember how that ended? It wasn't too long ago? It ended with Sony's new business model getting scrapped and them running to Marvel for help. If nothing is broken, there is no need to fix it, so this "Chosen One" crap needs to stop.

I hope I am wrong though. I hope this is just another great Bond movie. But if it revealed that Blofeld is somehow related to Bond is going to kill the whole experience for me, and I don't want this to happen. I have been programmed to love this franchise, and I want to continue to love it.

See for yourself. Am I wrong?

Posted by Shawn Hoelscher at 7:36 PM