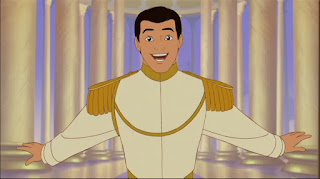 Disney has really been pushing their animated classics to become live-action classics. In the last five years we have seen live-action renditions of "Snow White" (two of them), "Alice In Wonderland," "Maleficient," "Oz: The Great And Powerful" and this year's "Cinderella." Don't get to exhausted, there is still plenty in the pipeline. We got "Pan" coming out early this year and "Beauty and The Beast" on the way. We also have two live-action versions of the "The Jungle Book" headed our way too. I am sure there have been other recent live-action-Disney movies I am just not thinking of right now. Just goes to show that Disney will bend and mold its business model in any way it sees fit.

Now, another live action movie has been announced today and its not what you would expect. At first glance, it almost seems like Disney is scrapping from the bottom of the barrel. There is going to be a live action movie based on Prince Charming. Yep, I don't know what princess or how this movie will work, but Prince Charming-the movie is coming soon.

My source says the following:

"Disney is continuing its push into live-action fairy tales, closing a deal for a feature project centering on Prince Charming…Details are being kept behind a moat, but the script is described as a revisionist take on the fairy tales."

A revisionist take on fairy tales? Hasn't that been their approach to all of these live-action movies so far? That sure doesn't give us a whole lot. But I can't even begin to imagine what this will look like. Will this be an origin story? Will we learn where Prince Charming came from? Will we learn how he met Cinderella? Or Snow White? Or whomever this movie revolves around? Will it revolve around any of the princesses? Who knows. It will be interesting to at least see what Disney has in store for this. But since Prince Charming was never really its own story, what could Disney do with it?

If Disney went the Fables route, I'd be overjoyed, but that will never happen.

More on this as it progresses...