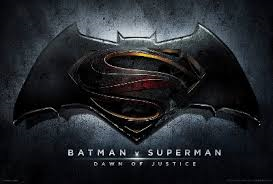 I always love mid-July, do you know why? San Diego Comic-Con begins!

Sure, there are Comic-Cons all over the country, and I wrote an account of my very first visit to Chicago Comic-Con last year. But what makes San Diego Comic-Con so special is because it was the first. That was the site of the very first, and grew, and grew, and grew in years passed. San Diego Comic-Con has become a pivotal part of the year in terms of blockbuster and geek fandom. Studios plan big trailers and big information for their movies and TV shows. Just last night, I saw the big trailer for "The Walking Dead" season six, and it looks like we are in for another good season of that.

Today, I witnessed a brand new trailer for "Batman vs. Superman: Dawn of Justice." I was already pretty excited for the first trailer they released back around 5-6 months ago. Very cool trailer, very surprising. There has been widespread controversy over this simply due to casting. After the first trailer, my own personal doubts became curiosities, and now those curiosities have turned to hope.

Any reservations I had on Ben Affleck playing Batman have evaporated.

You will believe Gal Gadot can be Wonder Woman.

I am even warming up to the idea that Jesse Eisenberg will actually give us a decent Lex Luthor.

The two most iconic superheroes clashing for the first time on a live-action camera is reason enough to celebrate, but it looks like Zak Snyder is working tooth-and-nail to give an adaptation unlike anything we have seen before. Here's to hoping he can pull it off.

I believe in this more than I ever have, and I think you will too.

Posted by Shawn Hoelscher at 1:01 PM