Who Played It Best? Hannibal Lecter

Who Played It Best? Hannibal Lecter 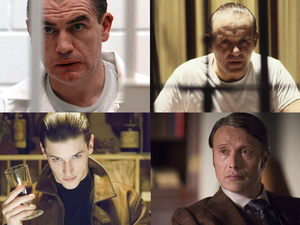 Hannibal Lecter is the most popular serial killer in popular culture history. He is so well-known that it seems we only identify with one person playing him. Anthony Hopkins is easily the one actor who popularized the character. Sometimes we forget that Hannibal has  been played by not two, not three but FOUR separate actors. But before the big-screen treatment, Hannibal Lecter was born in literature, the movies were  based on a series of novels by Thomas Harris. The first time Lecter was onscreen, he was played by Brian Cox in the 1984 movie "Manhunt." But the character really got popular when Anthony Hopkins played the character in 1991 in "Silence of the Lambs." Hopkins went on to play the character again in 2001 and 2002. In 2006, the series went back in time for a prequel, when Gaspard Ulliel played the part. Today, Madds Mikkelsen plays the part on television for NBC. So, after all of this exhaustive discussion, who played the character best?

My Two Cents
This will come down to the Hopkins fans and the television fans. As good as Brian Cox was in "Manhunter," Hopkins was way better and he got the most traction out of the role. I think Gaspard Ulliel tried, but is work in the film was the least of that particular movie's worries. Its really Hopkins who really picked up the role and ran with it, which is why his take on the character is so popular. For the first time in several years though, Hopkins is getting some competition in Madds Mikkelsen. "Hannibal" on NBC is a strong show, and not something you would ever expect to see on a primetime network. But still, if my life was threatened, I would still give the edge to Hopkins.

Agree? Disagree? Fire off in the comment section below. You can also email me your votes (bloggershawn@gmail.com) You will have until next Wednesday to vote.

LAST TIME IN "WHO PLAYED IT BEST: MAX ROCKATANSKY
I am still drunk in love with "Mad Max: Fury Road." So much so that I based last time's "Who Played It Best" on the character. The results are in and here is how the vote shook out. 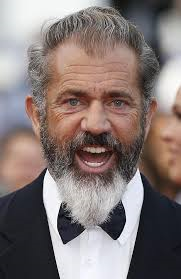