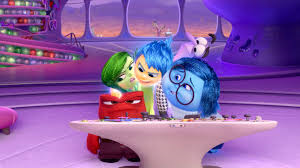 If there was one animation studio that was destined to be perfect, it was Pixar. From 1998 until 2010, they completely redefined what it meant to make a family film. Too many times these days, a family film is code for a "kids movie." The kiddos will enjoy it, but the adults will be bored. They basically work as pacifiers for a few hours in a quiet theater. Pixar was destined to change that. They made films that catered to every person of every part of life. Sure, the characters were cute and cuddly, and the film had big humor and fun times for children. But the emotional payoffs were felt by the adults as well, and the stories told several adult ideas. By 2010, it seemed that Pixar was going to give into the corporation world. They started becoming like every, other studio. They pounded out two sequel/prequels that were only mere cash grabs. They stopped being creative. They stopped being clever. They stopped making the adults feel like they were apart of the audience. I never thought that Pixar would ever get it together again, and that made me tremendously sad.

But then they made "Inside Out."

This is a near-perfect return to form for Pixar. Its a movie that is cute and cuddly, features good humor and big fun for children, but gives us that something extra. That something extra is what defined Pixar, what settled in their brand. I have missed that for five years. I can confidently say that everything we loved about Pixar is back again. Once again, we are given top-notch, state-of-the-art animation. Once again, we have a unique world filled with unforgettable characters. And, once again, we are given a mirror of a metaphor and the audience decides what that means. We are given a story in which everybody in the theater can relate to.

"Inside Out" is about our emotions. It is a movie about how people strive to only be happy. But it is also a movie about how difficult that is to achieve. I am not saying that people are a depressed lot all of the time, but life happens. Sometimes the cards life deals us are not what we want, and that disrupts our happiness. We have all experienced setbacks. We have all experienced hardships. We have all had our fair share of trials and tribulations. We make plans and more often then not, those plans fall through. I was given a wonderful opportunity at my job, but it was a hard road to get there, and it completely deviated from my original plan after college. Things change, but sometimes those changes can be lead to good things and even greater things. The emotions we experience on the way through that change is important because it helps us grow and develops us into the people we become. That is essentially "Inside Out" in a nutshell.

The film begins with a surreal yet beautiful image of a newborn opening their eyes for the very first time. These eyes belong to Riley (voiced by Kaitlyn Dias) and just as Riley begins to cry, her emotion Joy (voiced by Amy Poehler) is born, and she gets Riley to laugh. It seems Joy imprints on Riley in a huge way. She doesn't want Riley to be anything but happy. Even if she has to get Fear (Bill Hader), Disgust (Mindy Kalling), Anger (Lewis Black) and Especially Sadness (Phyllis Smith) away from the emotional controls in Riley's head. When Riley moves from Minnesota to San Francisco and has to create a new life for herself, it becomes difficult to stay happy. But Joy continues to fight for Riley's happiness.

The film is epically clever. The way certain core memories create "personality islands" and give us the traits that make us all unique is especially harrowing. The moments with the "train of thought" are hilarious. Taken as a whole, the entire world in our heads is madly breathtaking. This is what has been missing in most Pixar films in awhile, the acute attention to detail. The richness of creating something big out of the smallest details. It also helps that every piece of animation is flawless. (There is a particular scene involving a place called Imagination Land which is particularly cool.) There were several times where I laughed out loud, and not with the children in the audience, but because something genuinely funny happened. The film gets every bit of being an adolescent right. There is a moment near the end of the movie where Riley bumps into a random boy, and how the boys emotions react to the bump is seriously amazing.

The voice work is strong across the board. I love the work by Poehler, Kalling, Hader, Black and Smith. They create instantly memorable characters out of their voices. There is one particular character who completely stole the show for me. That character is named Bing Bong, an imaginary friend Riley had growing up who accompanies Joy and Sadness on the films adventure. The character is brought to life by the voice of Richard Kind, whose voice is perfect for a character like this. Bing Bong is a half-dog, half-elephant, half-dolphin thing that only a child could muster. He is both funny and sincere, and when his character completes his final scene, it carries some of the most raw emotional power Pixar has created thus far, and it left breathless.

But what ultimately won me over is what won me over with all three "Toy Story" films, or "The Incredibles," or "Finding Nemo," or "Ratatouille," or "Wall-E" or "Up," or all of the best of the best from Pixar. "Inside Out" is a human story about human ideas, and those ideas are universally met throughout the entire theater. These are ideas children can ask their parents about on the way to the car, and everybody's world can open up in a big way. So, if you ask me, it is safe to say that Pixar is back on track, and they never looked so good. I purposefully left lots of tidbits about the movie out of this review. This should be something you experience freely, something that speaks only to you and oh, you will be glad it did.