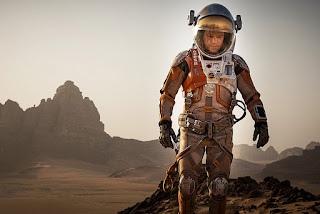 Ridley Scott is one polarizing filmmaker, you either love him or you hate him. The funny thing is, you can love him one year than completely change your mind another, only to repeat the process the year after.

I have always personally thought Ridley Scott got a bad shake after "Prometheus." I put that movie on every once in awhile and still taken aback by how rich in detail it is how much it punctures my heart. But he was tailor made for "Prometheus," Scott was the first person to give life to the "Alien" franchise, so I always felt his participation was vital. Scott has made some great movies, like "Black Hawk Down," "Blade Runner," "American Gangster," "Body of Lies," "Kingdom of Heaven," "Matchstick Men" and of course, "Gladiator." Other times, he's his own worst enemy, as in "Exodus: Gods and Kings," "The Councelor," "Legend," "Robin Hood" and "G.I. Jane." Sure, I like his work more often then probably the average film lover, but I still never gloss over his flaws. So no matter what, "The Martian" is up in the air at this point, in terms of whether or not it will be good.

The first footage of the new Ridley Scott film "The Martian" was released today. Whether Ridley wants it to or not, people are going to be comparing this movie to "Gravity," and "Interstellar" and any other recent outer space movie. I didn't know this was based on a novel by Andy Weir and I never read the book. Taking from the book's synopsis, its pretty clear that this will have some comparisons thrown its way and I wonder if the movie will be like those other movies, or if it will have a voice of its own.

The footage released today suggests that this film will have a unique voice. I love just human the footage is, barely scraping at the story we will witness this November. I like just how comfortable this footage feels, instead of giving away several deep space money shots right away. This could be very cool and I am hoping for a winner from Ridley Scott.

Posted by Shawn Hoelscher at 9:36 PM