Cast This: My Top Five Picks for Captain Marvel

When Kevin Feige made the big Marvel Cinematic Universe Phase Three announcement last year, I was in an uproar. That is mainly due in part to me being a Marvel fan nearly all of my life. For the average movie-goer, some of these titles may have not made sense. Sure, its easy to get excited for "Captain America 3" or "Guardians of the Galaxy 2" or "Thor 3" or the one-two punch of "Avengers: Infinity War." But Phase Three is going throw several new characters at us, and believe it or not, some these new characters are going to be very important. Not just to the MCU, but to movies in general.

"Captain Marvel" is extremely important because it is going to be headlined by woman.

Sure, we have seen female superheroes already, both in movies and on TV. But think about it. How many superhero movies have been made where the lead character is a woman on a solo mission? There really aren't that many. Heck, Black Widow hasn't got her solo movie yet. This is part of the reason why Captain Marvel is important. The character of Carol Danvers shattered gender-bias in comic books and she became a dominate member of the Avengers. She brings girl power to a whole new level, without a team of men by her side to help her. There were several times in the comics where it was Carol leading the team, yes we haven't really seen women lead a team of superheroes in any movies yet. So, I really want "Captain Marvel" to work as a movie.

So finding the right actress is pivotal.

So who is Carol Danvers? 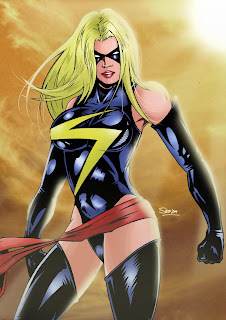 Carol Danvers worked for several branches of the United States military and United States government before taking a job at NASA. So before she ever got superpowers, she was a badass. When she worked at NASA, she eventually became knee-deep in complications with the Kree Empire, that's right, those aliens we've met already on "Guardians of the Galaxy" and even ABC's "Agents of S.H.I.E.L.D." After being exposed to Kree radiation, she was given powerful superhuman powers and became Captain Marvel. That is pretty much it in a nutshell.

So one of the things I am looking for in actresses for this role is somebody strong. Of course, people think of the blonde hair and yes, I would like Danvers to be blonde. But that doesn't mean find the first blonde, muscle lady and cast them. (I am looking at you Katee Sackoff). Part of the Marvel genius has been finding actors who have talent first, THEN transforming them into people who look like superheroes. I mean, shit, Paul Rudd and Chris Pratt's transformations have been wildly impressive. Its also easy to pick Jennifer Lawrence because she is such a hot commodity right now, but I think there are plenty of great actresses who could fill this role and make it worthwhile. So, please keep that in mind as you read my choices.

MY TOP FIVE PICKS FOR CAROL DANVERS ARE: 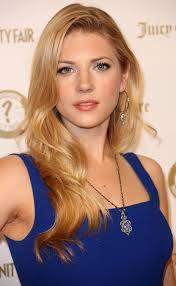 Where Have We Seen Her? History's "Vikings"

Why She'd Be Good: She has already proven over three seasons of "Vikings" that she can play strong-willed and powerful. She definitely has the looks already, and she is one of those actresses that could really break out with the right role. Carol Danvers could be for Winnick what Wolverine was for Hugh Jackman. 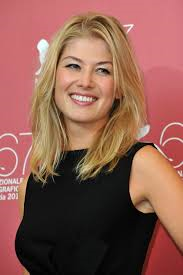 Why She'd Be Good: Let's get something straight, the wrong actress walked away with the Golden Bald man for Best Lead Actress last February. Pike's work in "Gone Girl" not only proved how strong an actress Pike is, but solidified that she has dimensions. Pike can be charming, funny, strong, weak, evil, good and humble all in one role, and perhaps all at the same time. Somebody who has such command over character is alright in my book. 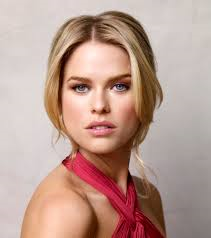 Where Have We Seen Her? "She's Out of My League" and most recently in "Star Trek Into Darkness"

Why She'd Be Good: Seriously, how has nobody mentioned Alice Eve yet? I have read many casting wish lists for Carol Danvers and Alice Eve has not been in any of them. I suppose I should mention that Eve has been involved in both worlds of independent and blockbuster cinema. She knows how to handle a big production and she knows how to strike emotional value from her characters. She is definitely somebody I feel is getting overlooked, and that's too bad. 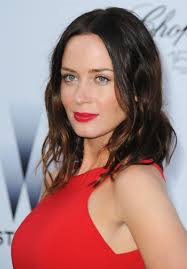 Where Have We Seen Her? Boy, where to start? "Devil Wears Prada," "Charlie Wilson's War," "The Adjustment Bureau," "Looper," "Edge of Tomorrow" and most recently "Into The Woods."

Why She'd Be Good: Funny story about Emily Blunt. During the pre-production of "Iron Man 2," director Jon Favreau went after Blunt to play Black Widow. Blunt was busy at the time and couldn't commit, so the role ultimately went to Scarlet Johansson. I still wish to this day Blunt got the role, because she would have been perfect. But hey, we can't win them all. I can say she'd be just as perfect for Danvers. Marvel also has a reputation to go after previously considered actors for parts in the future. After Blunt's work in "Edge of Tomorrow," that just might raise her stock with Marvel a bit. Plus, Blunt has been acting long enough to be able to handle any character. And she could probably dye her hair blonde and still look beautiful. 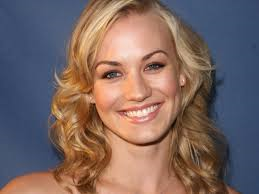 Where Have We Seen Her? The girl from TV's "Chuck"
Why She'd Be Good: Go track down and watch all five seasons of "Chuck," and you'll learn quick why Yvonne Strahovski is the best possible actress to play Carol Danvers. She has the look, she has the chops, she has the power to possess every single trait needed to bring this character to life. She has done enough adventure-type stuff to really shine in this role. She can do anything needed for the role and be very successful with it.
So these are my top five for Carol Danvers. Yay or nay?
"Captain Marvel" will hit theaters July 6th 2018.
Posted by Shawn Hoelscher at 9:15 PM