Who Played It Best? Max Rockatansky

Who Played It Best? Max Rockatansky 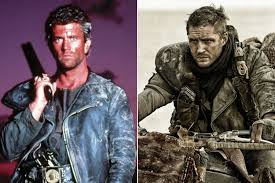 Like I said in my review of "Mad Max: Fury Road" a few weeks ago, I have been keeping tabs on the "Mad Max" franchise for awhile. It is a world that has become instantly recognizable, and it eventually hit our popular culture canon hard. (Tupac made a music video based on Mad Max for crying out loud!) After "Beyond Thunderdome" I never imagined we would ever get another Mad Max movie again. Why would we? It seemed George Miller did everything he could possibly do with the character. What more was needed to be said? A few short weeks ago, it turned out that Miller still had plenty of gas in his tank, and he was ready to head back to The Wasteland. I had high hopes for "Fury Road," but I still can't believe just how much the movie blew me away. I have mad respect for everything Mel Gibson did with the role, but Tom Hardy sure did cast a shadow with his performance. My question now is, who played the character best?

My Two Cents
Tom Hardy really blew me away with his performance of Max. I find it unique that he was able to create something that respected the work Gibson did on the character, but was also something of his own at the same time. It never felt like Tom Hardy was playing Mel Gibson's Mad Max, but Tom Hardy was playing HIS Mad Max. With that said, its hard not to look at Mel Gibson's go with the character. He was the first actor to portray him, which pretty much set the stage for anyone in the future. Plus, it seems Gibson has made three movies so far, so we have had lots more time with Gibson in the character's boots, and he's been able to adjust and recreate the character with ease. Will Tom Hardy play the character again, according to some reports it is possible. If that happens perhaps Gibson and Hardy will have a rematch on this column. As of right now, I think I am going to give the edge to Gibson.

Agree? Disagree? Fire off in the comment section below, or simply email me your votes (bloggershawn@gmail. com). You will have until next Wednesday to vote.

LAST WEEK: WHO PLAYED IT BEST? QUICKSILVER
Our favorite speedster from Marvel comics went head-to-head last week. People got to claim if it was Fox or Disney who got the character of Quicksilver right. The results are in and I think the picture for the crowning result below speaks for itself.