Who Played It Best? Jonathon E.

WHO PLAYED IT BEST? JONATHON E.

My first experience with anything "Rollerball" related was in 2002.

Before seeing "Rollerball" in theaters that winter, I remember reading about the movie being a remake, but never saw the original film prior. I had only to judge the 2002 film for this entire story. I did not catch up with the 1975 movie until much later in life. No matter what I think of both versions of "Rollerball," I actually always dug the idea of a sport being played between two countries, instead of those countries going to war. I think someday, perhaps when I am old and grey or/and in the dirt, I believe sports could plan how our politics reacts to events. I think the power of sports rises and its relevance widens as the years press on. All I will say is that something like this wouldn't surprise me. So I always liked the concept of "Rollerball" and I think both versions are very different from each other. Between James Caan and Chris Klein, who played it best?

My Two Cents
Hands down, my edge is going towards James Caan. Yes, he's a legendary actor, and he has always possessed lots of raw talent. But, this really isn't a fair challenge. For a remake of "Rollerball," to choose anybody to fill the shoes of Caan, they picked Chris Klein? This is Oz from "American Pie," not the first guy I think of to play an athletic badass who begins to kick everyone's ass who betrays by the end of the movie. Because that is who James Caan played, and Caan is a much more believable actor to suit that type of role. Chris Klein is a good actor, but he's too "nice guy" to play a role like Jonathon E. and I think that really showed in the movie and through his performance. So, without a doubt, Caan gets this if it were up to me.

Agree? Disagree? Fire off in the comment section below or email me (bloggershawn@gmail.com) You will have until next Wednesday to vote. So get them in then!

LAST WEEK: WHO PLAYED IT BEST? DAREDEVIL
After taking a brief hiatus, Who Played It Best returned with a whole, new superhero match-up. Our favorite blind superhero recently had the Netflix treatment and I wanted to see how he stacked up against the 2003 movie. The results are in, and I am not too surprised. 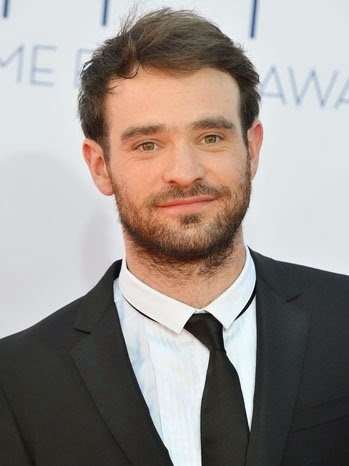