Who Played It Best? Daredevil

Who Played It Best? Daredevil

Back in 2003 I was walking on air when I heard that a Daredevil movie was to be made. I thought Marvel was on a hot streak, this was after the release of the "Spiderman" and "X-Men" movies. Both of those were big hits at the box office and both were movies that I really enjoyed. I had reservations on Affleck then, but I was willing to give the movie a try. The trailers certainly looked promising and some trusted critics wrote good things. Then the movie came out and it was not at all what I expected. While some will argue that the first "Daredevil" movie was Affleck's fault, I disagree. Marvel clearly thought they were untouchable after the success of "Spiderman" and "X-Men" and the studios they sold characters to just greenlit any script they could get their hands on. Plus, Fox hired people that had no idea who Daredevil was as a character and they really didn't know what to do with him. I like that when Marvel recently got the rights back to the character, they waited a little bit until they used him again. They have spent almost ten years building a great cinematic universe, and their timing has been perfect. Charlie Cox made a huge statement when he played the character for Netflix, but who played the character best?

My Two Cents
I am not sure I can doubt who will be crowned the winner, I am honestly just curious if there is anyone out there who will vote Affleck. Plus, I wonder how many people have actually seen the Netflix show yet. Yes, I am taking a chance here, since the show is not even a month old yet, but I am wildly curious.

Send your votes to my email at bloggershawn@gmail.com or simply comment in the comment section below. Sorry I took a two-week hiatus but I am back and ready to take on some more iconic roles and the actors who played them.

LAST TIME ON WHO PLAYED IT BEST
Two orphan girls battle for the top prize two weeks and I now I will deliver who the best actress to portray Annie was. The results are more than in. 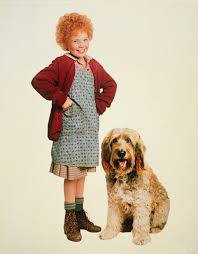