Who Played It Best? Annie

WHO PLAYED IT BEST? ANNIE 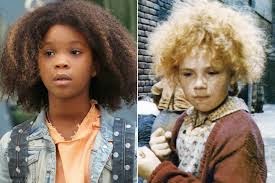 I can certainly understand why "Annie" appeals to many people. We all love the classic rags-to-riches story. That is essentially what the American Dream is based on, setting foot out the door and making your life whatever you want. The show also highlights what it means to overcome the greatest obstacles that life can throw at you, again that really channels what it means to be an American. I always felt that was why people like the story so much. It is a story we all know like the back of our hand, and "Annie" has been much more than a musical. It has been at least two movies, I say at least because I honestly don't know. What I do know is  that there is a famous 1982 movie and a recent 2014 movie and those are the Annie portrayals I am looking at and I want to know who played it best.
My Two Cents
I have always been of the mind that it is hard to beat a classic, but I am also not afraid to advocate when a remake or a reinterpreted performance goes above and beyond the call of duty and blindsides me. In this particular case of "Annie," I think its a fifty-fifty split. I wrote a review the new "Annie" and as much as I hated the movie, I didn't think Quvenzhane Wallis did a bad job in the role, I think she did exactly what she was told to do. I think the 2014 film needed a better director to make the songs and dancing better and more graceful. I think a different director could have made the characters more believable too. In 1982, there was not much of that. I think the director did exactly what they set out to do with grace and confidence. I guess the thing that sticks out most for me is that Aileen Quinn could sing and dance and it felt the director had at least seen a musical before directing. So I suppose I will give the edge to Quinn.
Agree? Disagree? Fire off in the comment section or send me an email (bloggershawn@gmail.com) You will have until next Wednesday to vote. "Who Played It Best?" is back!
LAST TIME ON "WHO PLAYED IT BEST?"
Sorry for the two week break, but two weeks ago I looked at the "Longest Yard" movies and pittied Adam Sandler and Burt Reynolds against each other. Who won? 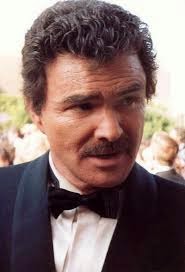