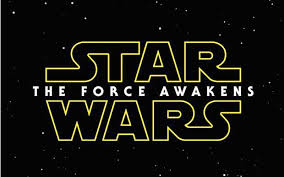 I remember when the prospect of Star Wars episodes seven, eight and nine were all a fever dream. I never once thought I'd ever see any kind of movie associated with the property again. There were already countless comics, books, video games and other forms of media to keep the franchise going to the unforeseeable future, but I thought the movie series would never go over six films.

Boy, was I wrong.

When it was announced that we would get a seventh, eighth and ninth episode in the series, I was a little hesitant. Was it better to leave good enough alone? I mean, the prequels surely didn't win everybody over, the world was united in fandom, it was shockingly divided. What could George Lucas bring to the table after so many year? Easy. He doesn't come to the table. He becomes a creative consultant, Disney buys LucasFilm, and new series of films is announced. Not in that order though. I think breathing new creative life into this series was exactly what it needs. Lucas inviting other writers and directors to play in his playground was just what the audience needs.

The first trailer was good, but built on lots of nostalgia. Very little of the storyline was unleashed in that first trailer. But the same goes for the second trailer released today. I love that this new trailer is continually pushing its new cast to the forefront. I love that this trailer is not Skywalker/Han Solo/droid obsessed and it seems they won't be the leads in this film. Fine by me, I can't wait for this franchise to expand further, break new boundaries. There is still enough iconography that has me theorizing what is going to happen in this movie. You'll all love the bit at the end as well.

This is really happening. A sleuth of new "Star Wars" films will be hitting theaters in a big way over the next few years, and I am so happy to be, once again, apart of it.

Posted by Shawn Hoelscher at 8:18 PM