You know, I've been so excited about so many movies coming in the upcoming month that I tend to forget some other stuff.

This weekend is big because "Avengers: Age of Ultron" is coming out, and I've been proactively avoiding some reviews just so nothing gets spoiled for me. I belong to a Marvel Cinematic Universe group on Facebook and I have gone stale on that group ever since the film was released overseas. My excitement is at a level you probably can't believe and I need to see this now. We also have "Mad Max: Fury Road" on the docket for May. I could give a massive list and discuss why I am so excited for several hours. But that is not why I am here tonight, I am here to discuss another horror remake coming out on May 22nd. That remake is "Poltergeist."

I have seen the original "Poltergeist" a few times, and I always found it to be a mixed bag. There is some atmosphere I like and I am certainly a fan of some of the iconic moments, but that's about it. I never found it particularly scary, even the big clown scene near at the very end. It was definitely not something I would ever expect to be remade, but I guess I shouldn't be too surprised. There are several people out there who are fans of the movie, so I guess that helps.

This remake coming out next month features Sam Rockwell, an actor I have loved since as far back as I can remember. So that will definitely draw me to the theater, there has also been some pretty convincing marketing so far. I think I will give this one a try.

A new poster was released today for the film, and it definitely taps into the classic scenes from the original. Telling from this poster and some of the marketing I have seen, I bet the remake is going to reinterpret some of the classic moments from the original. That will either make or break the film, not just for me but probably for diehard fans. What do you all think of the poster? 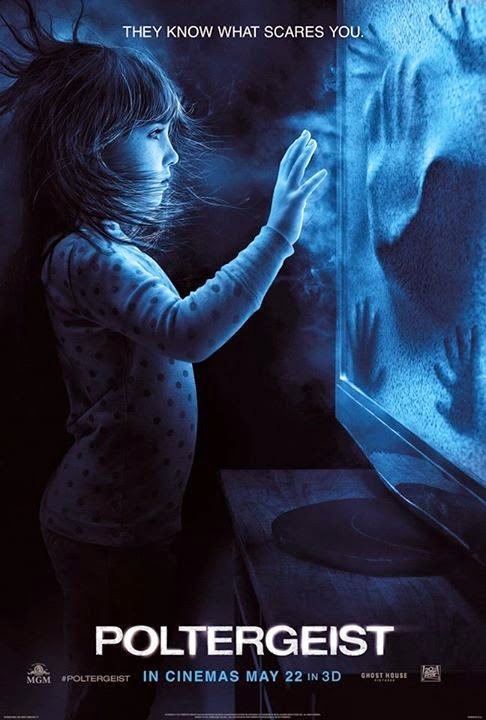 Posted by Shawn Hoelscher at 7:30 PM