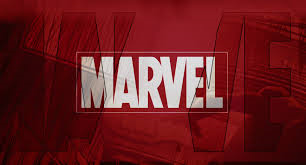 It's been a big couple of days for Marvel, whether we are discussing the independent studio or the characters under other studios control. The snapshots from the Deadpool set that have been popping up online recently are getting me very eager for the movie in 2016. I just did a power-through of all episodes of "Marvel's Daredevil" on Netflix, and wrote my review of the entire first season on Saturday night. Several fun clips for "Avengers: Age of Ultron" are hitting the net today, and it has just been a really exciting time to be a fan of this property.

Tonight, I wanted to discuss a couple other things that happened today. On the Marvel Cinematic Universe side, we got a second trailer of "Ant-Man." This is a big one for me, because this a movie that will really test audiences. Much like "Guardians of the Galaxy," the MCU is throwing the audience into the weirder sides of Marvel comics. As a lifelong fan, I say bring it on. It is about time that this cinematic universe based on a comic book universe actually felt like a comic book. The need to put a realistic stamp on everything thus far has become a little tedious at this point. There is really no way to put a realistic twist on characters like Doctor Strange or the Inhumans or Captain Marvel, and I applaud Kevin Feige and rest of the Marvel team for tackling these weirder corners of the universe. I am also excited that to see how the studio pulls off Ant-Man. As I have discussed before, Ant-Man has strange powers. He can shrink and grow at will, but he also possesses a sensory helmet which allows him to communicate and control ants. It may seem like a strange superpower, but think about it, would you want to mess with someone who sent an billions and billions of fire ants after you? I wouldn't.

I enjoyed the second trailer because it just looks fun. The best way to focus on a character like Ant-Man is to keep it light and keep it fun, and I think that is the direction they are going for. So much of the Marvel Cinematic Universe has been heavy already, and it will be good to chuckle and cheer through this movie. The more I watch this trailer, the more I am excited to see Paul Rudd play a superhero. Tell me what you think:
Olivia Munn is Psylocke in "X-Men Apocalypse" 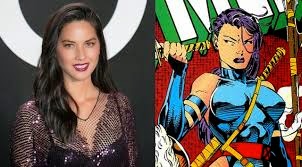 The casting for "X-Men: Apocalypse" is telling me that this will be the best "X-Men" movie yet.

It looks like Michael Fassbender, James MacAvoy, Hugh Jackman and Evan Peters are returning as Magneto, Professor X, Wolverine and Quicksilver respectively. Rose Byrne is also returning as Moira McTaggart. I love that Channing Tatum will be Gambit. I am delirious that Oscar Issac will play Apocalypse. It looks like Jennifer Lawrence will be Mystique one last time. I am also totally in love with the younger versions of the classic X-Men. Sophie Turner as Jean Grey? Tye Sheridan as Cyclops? Kodi Smit-McPhee as Nightcrawler? This is all music to my ears. Now, Bryan Singer has done it again, as if I needed one more reason to see this movie. Olivia Munn has joined the cast as Psylocke.

Based on looks alone, Munn has the role. But I have believed for awhile that Munn is incredibly talented and I think she will bring great depth to the role. We only saw small glimpses of Psylocke in "X-Men: The Last Stand" and I encourage Singer to make the character more important to the story, give Munn something significant to do! As for right now, let's just tell Singer well done on the casting choices and I am absolutely in need of a trailer! Soon!