So, we know that Marvel has been playing the hype game for many years now. It is their style. That is how they like to get their fans ready for the future. The thing is, they can because they have been so successful. Kevin Fiege was a mad bastard to think he could put a cohesive Marvel universe on the silver-screen and have almost a dozen different franchises chain together in harmony. That takes ambition and balls and a hint of dumb luck. So far, we have known only bits and pieces of what DC and Warner Bros plan to do with their characters. I think right now they are very careful about how they are going to put this together.

Tonight, Zak Snyder; director of "Justice League: Part One" and screenwriter Chris Terrio have broken silence with Screenrant.com today, dishing some big news about the upcoming film. They have given some plot details and also some casting and character confirmations that are just too hard to not discuss tonight.

What We Knew
We knew after viewing the outline for the DC Cinematic Universe that the "Justice League" movie would be split in half. One half will come out in 2017 and the second will be released in 2019. We knew some of the cast going into the movie as many key players will be introduced in "Batman vs. Superman: Dawn of Justice" next year. We knew Zak Snyder, director of "Man of Steel" would be directing both halves of "Justice League" and Chris Terrio would write the screenplay.

As I said, Snyder and Terrio sat down with Screenrant today and gave a massive report on their outline for the upcoming one-two punch of "Justice League" and it is a doozy! Read on:

-What hasn't been confirmed is that Viola Davis will appear as Amanda Waller, who will be introduced in "Suicide Squad" in 2016.

-Jared Leto will appear as The Joker, who will be introduced in "Suicide Squad" in 2016.

-Jeremy Irons will appear as Alfred Pennyworth, who will be introduced in "Batman vs. Superman" in 2016.

-Jesse Eisenberg will appear as Lex Luthor, who will be introduced in "Batman vs. Superman: Dawn of Justice" in 2016.

-Dwayne "The Rock" Johnson will appear as Black Adam.

-Ezra Miller will appear as The Flash 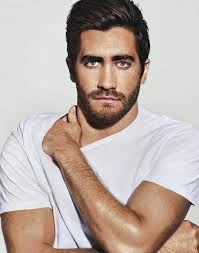 -Jake Gyllenhaal has been officially cast as Hal Jordan AKA The Green Lantern! Nice, I love this idea as a casting choice. I think Gyllenhaal is great and he will bring huge depth to the role. 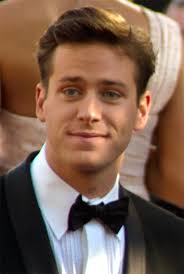 -Armie Hammer has been officially cast as Billy Batson AKA Shazam. Interesting that Hammer was up for Batman when WB tried to get a "Justice League" movie going back in 2007, I guess Hammer made a good impression on the studio! 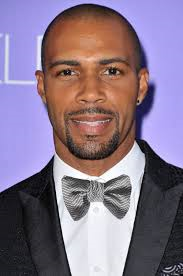 -Omari Hardwick has been officially cast as Jon Stewart. The character will make a "brief but meaningful" appearance according to Snyder, and will set up the character "to appear in future films." I have always thought that Hardwick was an underrated actor, and I can't wait to see what he does with Stewart. 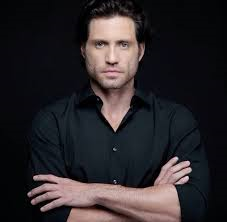 -Edgar Ramirez has been officially cast as Darkseid, who will be the "Big Bad" of the movie, according to Terrio. Yep, I approve of this casting choice. I am glad they found someone who can act, instead of casting the first big guy they could find. We are going to get a really good performance out of Ramirez.

-It has also been reported that both John Goodman and Michael K. Williams have been cast in unspecified roles. I have really no idea who these guys could possibly be playing. Any of my DC nerd friends out there have any ideas?
-Snyder also stated that he's been trying to get Michael Keaton to cameo in a scene with Affleck, but "no such luck" he said. Snyder and Terrio shared a laugh after that one.

-Terrio states that the "Justice League" movies will draw heavily on the "JLA: Year One" storyline. "It's important that we build a foundation of strong characters, and representing how these characters are alike and how they are different is very important to us" says Terrio. "I think fans will be blown away by just how much of a character piece it is."

-Apparently the big cliffhanger that will end Part One is heavily influenced from the "JLA: Tower of Babel" storyline, a popular story-arc from the comic books. "The Justice League members are going to find out that Batman has been keeping tabs on all of them throughout the movie, and Batman has not trusted several of his fellow teammates all movie long" said Snyder. "This will create a big riff in which the stories enemies will take advantage of."

-Snyder and Terrio were pretty quiet about discussing further plot details and they were not interested in getting into bigger specifics.

Conclusion:
Batman keeping tabs on his fellow heroes, Darkseid being the main villain, Joker and Lex Luthor making appearances...what else could you possibly ask for in a "Justice League" movie. I love that Gyllenhaal is our Green Lantern and Hammer is our Shazam. I love that Ramirez is Darkseid and I am curious to see how Jon Stewart fits into the story, or all the other players for that matter. It seems like its going to be an epic story, which is what I hoped for in my "Justice League" movie. I am shaking right now, I cannot, cannot wait to learn more. This sounds like a pretty ambitious movie, and I hope everything works out.

For More on the interview with Screenrant, go here:
http://screenrant.com/justice-league-details-revealed/