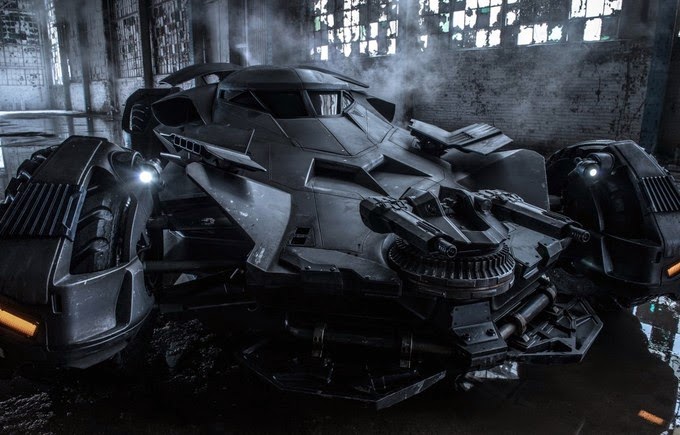 Well, they've been saying for months.

It seems like for a period of time that seems endless, Warner Bros. has been teasing us about the time we would finally see the first trailer for "Batman vs. Superman." I remember some banter about it being attached to "Jupiter Ascending," then that rolled around into theaters and...nothing happened. I can't remember the other movies before "Jupiter Ascending" that the film was supposedly attached to, because there have been WAY too many. Either attach the trailer or not, but don't play games with us! It is not nice!

I have seen the very small bit of footage from last years Comic-Con, bootlegged on Youtube, about a dozen times. It may just be Batman and Superman having a staring contest, but it is more than that. This movie is a big deal because the two most iconic superheroes in the world are finally going to square off in live action. Yes, as much as I am a Marvel freak, I would have to be stupid not to admit that Batman and Superman are the most iconic superheroes in the history of the medium. If you look up "superhero" on Wikipedia, the image you see is of Batman and Superman. They define the world of superheroes, and they both belong to DC. Seeing DC's two biggest titans in live-action format is going to be a big deal and I can't believe that we are only a year away from seeing the film.

We are not a year away, from seeing the first full-length trailer. The movie is supposedly attached to is not what you would expect.

Apparently, the trailer will be attached to "Avengers: Age of Ultron" of all things. Zak Snyder apparently confirmed as much on his Twitter account today. Such an interesting movie to attach this trailer too and not at all what I would expect. At this point, it is just a rumor. But a Star Wars trailer AND a Batman vs. Superman trailer attached to arguably the biggest superhero movie of  the year? Are they trying to kill movie fans?

I hope this turns out to be true, because I can't take much more teasing.

Posted by Shawn Hoelscher at 7:42 PM