WHO PLAYED IT BEST? ROBOCOP!

WHO PLAYED IT BEST? ROBOCOP 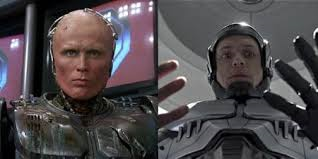 "Robocop" is significant because its a big, piece of fun science fiction. It is also one of the very best movies Paul Verhoeven ever made. It spawned a fairly decent franchise, and as a kid it really resonated with me. I never saw the original "Robocop" movies until later in life since they were so violent, but something immediately got under my skin, I loved robots as a kid and I thought cops on television were cool. So putting both together in cool way was something I thought was neat. Again, its one of those things that you'd never expect to be remade, but somehow did recently. So my question is, which movie had the best Robocop?

My Two Cents
What I liked about both movies is that they didn't throw the biggest A-Lister they could find at the role. I was pretty unfamiliar with Peter Weller at the time, growing up with these movies. Last year, the only thing I knew Joel Kinnaman from was AMC's "The Killing." I think putting a super fresh face on Robocop is almost a disservice. I think it enriched the role a bit giving the role not to the most well-known action hero of the time, but the right actor who could make some wiggle room for themselves. With that said, I can make a pretty decent argument for Kinnaman, simply because his character is much more fleshed out in the remake than the original, something that never happens in this massive obsession to remake everything. At the same time, I think Weller did the better job of selling the audience the idea that this was a human and a robot. I felt both present in his portrayal, so for that, I am giving the edge to Weller.

Agree? Disagree? Fire off in the comment section below, or send me an email with your vote (bloggershawn@gmail.com). You will have until next Wednesday to vote.

LAST WEEK: WHO PLAYED IT BEST? MAJOR BENNETT MARCO
Last week, two actors who are normally nice went head-to-head with each other. The results are in and here is how the vote shook out. 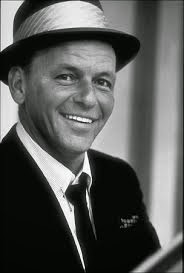