Who Played It Best? Paul Crewe

Who Played It Best? Paul Crewe 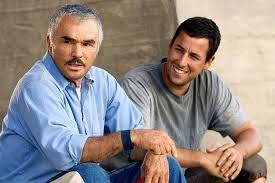 Now that I think on it, I think its pretty funny that Burt Reynolds ended up in the "Longest Yard" remake, because the character that Adam Sandler plays in the 2005 version is the character Reynolds played in 1974. The idea of a group of prison inmates taking on their guards in a football game is a high and fun concept, something that should never be taken seriously. I think Reynolds saw that and that is part of the reason why he wanted to be apart of it again. I am glad Reynolds accepted this idea, because I have kind a special place in my heart for both versions of this movie, but my question is, who played Crewe best?

My Two Cents
The remake of "The Longest Yard" is very much the type of movie Adam Sandler would be apart of. But what is a little surprising about it is how close to the original source material it stays. There are scenes and themes that are frame-by-frame from the original movie. Does that make the remake particularly better? I don't think so, plenty of remakes have been a frame-by-frame revival, and they ended up way short in their efforts (see that 1998 "Psycho" remake). But like I said, this is a Adam Sandler movie by far, the humor in the movie is that typical Sandler humor you are used to. Which means I found pieces of Sandler's normal routine buried deep in the movie. With the 1974 movie, I never found that. Reynolds always had a gift of breathing unique life into every character he played, whether he was being funny or if he was being serious. For this reason, I am giving the edge to Burt Reynolds, if you want to argue, take it up with Sterling Archer.

Agree? Disagree? Fire off in the comment section below, or email me (bloggershawn@gmail.com) with your vote. You will have until next Wednesday to vote.

LAST WEEK: WHO PLAYED IT BEST? ROBOCOP
Our favorite science fiction cop was up for voting last week. The results are in and here is how it all shook out. 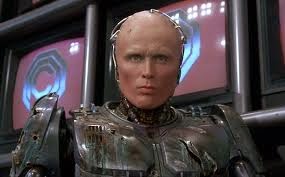