The third trailer for "Avengers: Age of Ultron" 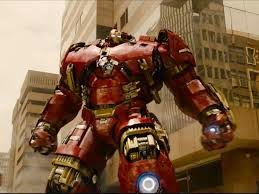 One thing that the internet has revolutionized is the quickness of news. One thing gets promised two weeks from now, the news is released a week later. I love it, especially when it comes to movies I am highly anticipating. We were not supposed to get this trailer until tomorrow, but here it is before us.

This third trailer for "Avengers: Age of Ultron" is not more of the same. We learn that Ultron is possibly going to be one sweet villain. It looks like not only will he be comprised of mighty strength and resources, he will be playing games with the Avengers. I am a little puzzled by the arrival of Quicksilver and Scarlet Witch, it really doesn't seem like  they are going to be good guys in this movie, and if they become good guys at all remains to be seen. It is very possible they might not be and perhaps Whedon and company has different plans for them.

There was so much coolness on display in this trailer and it is pretty clear that the action in this movie is going to supersede the first movie. Joss Whedon said that this sequel would this would be more of character piece, but perhaps we are going to get a more engaging story AND more action. I love the sound of that.

How could I also forget that we got our first glimpse of Vision. It was a glimpse, but we finally got to see him. It was glorious.

The mysteries behind this movie are piling up and I can hardly wait to see this. Marvel has come a long way and I highly anticipating this sequel.

Posted by Shawn Hoelscher at 7:57 PM