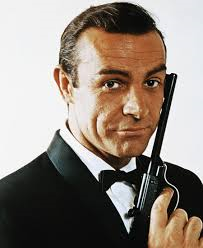 From: The James Bond film franchise

Background: James Bond is a loyal secret agent for MI6. Over the fifty years of the Bond film franchise, James has traveled the world, stopping terrorists, subduing bad plots and saving the world. He has a host a clever gadgets at his disposal for quite some time, but he's just as dangerous with his Walther PPK. Even his hands will do just fine against the forces of evil. Bond maybe a bit of a womanizer, and he may like to drink for sport. But when it comes to crown and country, Bond has been a loyal servant for the greater good.