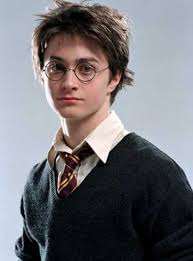 From: The "Harry Potter" franchise

Background: Harry Potter is a young boy who attended Hogwarts School of Witchcraft and Wizardry, and became a powerful and popular student. What he soon began to realize is that he is also "The Boy Who Lived." He discovered that both of his parents were powerful wizards, who joined a secret magic organization to battle dark forces who wanted to domination of the wizarding world. When those dark forces threaten the world again, Potter steps up, leading his friends in a fight against evil.