A Second Trailer for Netflix's "Daredevil!" 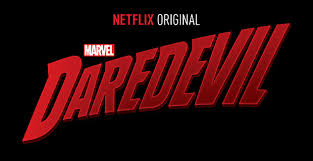 Man this just keeps getting better and better.

With some of the tax refund money I got this season, I picked up a copy of Frank Miller's "Daredevil: The Man Without Fear." I wanted to absorb this story right before this first season hit Netflix. I have read a lot of complaining on the internet how "Marvel's Daredevil" looks too much like "Arrow." Telling from the trailer, sure, I can get why someone would assume that. But just because two superheroes operate at night, and are particularly rough around the edges, doesn't automatically mean Marvel is copying off DC.

Daredevil has always been the Marvel version of Batman. But although those two heroes are the most alike each other, they couldn't be more different. Both however, are not afraid to get their hands a bit dirtier than your average hero, I read "The Man Without Fear," and its a great comic. Much like Batman, Daredevil has no problem putting someone in the hospital, but he hates killing. Frank Miller's take on Daredevil is what this Netflix series is based on, and Miller's work was moody and gritty. I am excited for this batch of television set in the Marvel Cinematic Universe, because it isn't going to be more of the same. The streets of any major city can be very dangerous, and Miller's Daredevil very much highlights that and it seems the show is following suit. So no, "Marvel's Daredevil" is not copying off of "Arrow." They are just two shows that happen to be alike. In a world which features about a zillion different police shows, I think I can manage liking both of these superhero shows.

I love that it looks like Wilson Fisk/ The Kingpin will be fleshed out as a character. I like that he isn't going to be the average villain, but that he will have real personality. I love that. I love that we haven't seen the full extent of Daredevil's powers. I love the look and the scope of it all. Oh, and keep an ear out for the last batch of dialogue in the trailer. #itsallconnected.

Daredevil will be on Netflix next month!

Posted by Shawn Hoelscher at 9:28 PM