Who Played It Best? Lisbeth Salander

WHO PLAYED IT BEST? LISBETH SALANDER 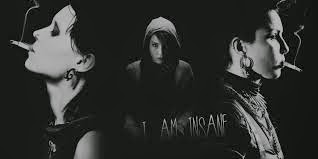 This will be interesting to watch unfold this week, simply because I wonder how many people have actually seen "The Girl With The Dragon Tattoo," whether its the foreign or domestic version of the movie. Or if you are a movie geek like me, both versions. I never read the series of books which these film(s) are based on, I was introduced to the world of Lisbeth Salander, the investigative journalist with a mysterious past who happens upon the biggest story of her career. "The Millenium trilogy" is a brutal set of movies, and so was the American version of "The Girl With The Dragon Tattoo." (I have no idea if David Fincher plans to adapt the rest of the trilogy to film, as they did in Sweden.) I can only guess that the trilogy was shockingly brutal too, but amidst the darkness, there was a mystery that shocks me every time. I like both versions of the story, and I think part of the reason why the movies work for me is because I believe the actress who plays Lisbeth Salander, whether its Noomi Rapace or Rooney Mara. My big question now is who played it best?

My Two Cents
Well, this is definitely hard for me. Like I said, I never read the book and I have heard people say over the years that so much was left out and this movie did it better or that movie did it better. I don't get into much of the politics behind the adaptations, I can only go on what impacted me with the movies. There is an aesthetic which matches between both the Swedish and American version of the story, and both films quite possibly found the best actress to bring the character to life. I think Rooney Mara is one of the most underrated actresses working in Hollywood right now, and I wish she was getting more material to work on. With that said, I saw the Swedish version of "The Girl With The Dragon Tattoo" way before I saw the American version. For how good Mara was in it, I think a lot of what she does was inspired by the work of Noomi Rapace. Rapace is like a newborn beast unleashed on the screen, and there is something about her viciousness onscreen that I don't think even Mara could match. She definitely wrote the playbook which will become the mode for this character in the future and hard to ignore how powerful of a presence Rapace created. For this, I am giving the edge to Noomi Rapace.

Agree? Disagree? Fire off in the comment section below or vote on my poll located at the top of my blog. You can also reach me by email (bloggershawn@gmail.com) to vote. You will have until next Wednesday to vote.

LAST WEEK: WHO PLAYED IT BEST? REN MCCORMACK
Last week, I took a look at one of the grooviest musical characters to ever hit the screen...twice. The results are in and here is how the voting shook out. 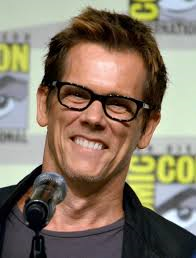 Send your votes in for Lisbeth Salander this week! See next Wednesday.