A look at the Super Bowl Spots 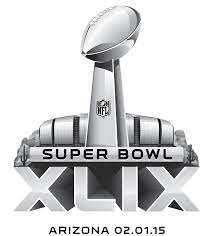 I always love the Super Bowl, not just because I love football, but because I love watching the movie spots. Even though they are always short, they bring just enough of a presence that I feel it bad afterwards. Who knew that watching thirty seconds of film footage could be so addicting. One thing that kind of pissed me off about this year's movie spots were several of them were released online before the event took place on Sunday. Part of the anticipation of a Super Bowl Sunday of new movie trailers is the element of surprise. I think we really missed out on that element of surprise because the studios released almost all of  their spots so early. But I still enjoyed seeing them on a bigger screen yesterday. Some I waited for the night of the Super Bowl to view them. Here were the trailers:

Tomorrowland
This one looks really good, I hope it lives up to the expectations.

Fifty Shades of Grey
This still looks like a hot pile of crap.

It was a rich week for "Ted" fans this week, as we were given the first trailer for "Ted 2" and a Super Bowl spot with completely different footage, good job Universal! Can't wait for this one!
Pitch Perfect 2
I was a huge fan of the first film and I am very excited for this follow-up, looks very good.
Furious 7
This series is continuing to show me that Universal is having lots of fun. But at the same time, making summer movies that are also worth while. Never an easy feat, I hope this is another winner in the series!
Jurassic World
﻿
More and more I see of this movie, the more I feel like this fourth film is just going to be more of the same. If I am not wrong ,then this will be awfully disappointing.
Seventh Son
﻿
I really want this to just get released so that I never have to watch a single trailer for it again. I may check it out just for Jeff Bridges, other than that, I am not buying it.
Avengers: Age of Ultron
﻿
Is there anybody who WON'T be at the theater opening weekend for this movie? I didn't think so...
The Divergent Series: Insurgent
﻿
The first film was horrifically awful and several scenes of Miss Woodley falling out of a building in slow motion isn't winning me over. I fear this will be another soulless young adult series in a post- Hunger Games world.
Hot Tub Time Machine 2
﻿
I will admit that some of the material looks kind of funny, but like I said before. No John Cusack, no dice.
Kingsman: Secret Service
﻿
This looks like too much fun to pass up, wouldn't you agree?
Minions
﻿
I will say this about marketing pertaining to "Despicable Me," they are always solid about never giving away plot details. But at the same time, do we really need this spin-off?
Terminator: Genesys
﻿
This will be the third attempt to create a reboot of this franchise, and I honestly don't know how many more of  these I can take. James Cameron was the heart and soul of this series, and it shows with each new failure in this series. The song in this spot is completely wrong for the imagery, and nothing is really selling me, not even the nostalgia. Never a good sign.
What did you think of the spots?﻿
﻿

Posted by Shawn Hoelscher at 7:41 PM