Who Played It Best? Harry Osborn

Who Played It Best? Harry Osborn

It seems strangely interesting that I have witnessed two different "Spiderman" franchises in my lifetime. I would have never imagined I would ever see more than one, particularly two back-to-back. This is an kind of a cool time to be a comic book fan, because it seems there are so many voices in Hollywood giving a shot at these superhero characters. In the comics world, there is  not one author who writes the stories of a few heroes, these characters have been put under the microscope and dissected by several writers. So different versions of a character in the movies may seem kind of weird at first, but as a comic fan, it seems normal. Within the last twenty years, we have seen two different "Spider-man" franchises. When this column first started, I already threw down between the two "Spider-man" actors. Now I am going to have Spider-man's best friend Harry.

My Two Cents
This is a tough decision for me, because as much as I love both Franco and DeHaan, I wasn't particularly crazy about either of their portrayals of Harry Osborn. When Franco stepped into the role in 2002, he was still a young actor. I think he's a guy that got better in time, and I think Franco's hitch is in comedy, not action. I love Franco in comedy, but I honestly don't think I ever want to see  him in another action movie again. Then there is Dane DeHaan, I love this guy. I think he's one of the greatest actors of his generation and I thought he would have Harry Osborn in the bag. But that script for "The Amazing Spiderman 2" was terrible, just terrible. Sometimes a terrible script can make a great actor bad, and I think that was the case with Dane DeHaan. So, my vote is a toss up this week, and I don't know where to put my edge.

Agree? Disagree? Shoot off in the comment section below. Or you can email me (bloggershawn@gmail.com) You have until Wednesday to vote.


LAST WEEK: WHO PLAYED IT BEST? GENERAL ROBERT E. LEE
Last week, a real-life figure threw down and here were the results. 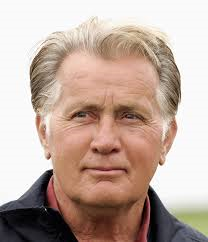 I guess he's good at playing presidents
﻿
Posted by Shawn Hoelscher at 7:03 PM