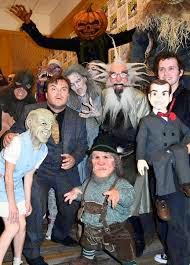 Goosebumps- August 7th, 2015
I can't exactly put my finger on my this film has caught my interest, but something tells me this one could be good. I mean, at the very least, its going to be entertaining to watch Jack Black play R.L. Stine. I think I'm also drawn to the idea that this won't be a mere adaptation of one of Stine's books, but a fictional Stine will be recruited in order to stop the monsters he created. Should be fun, that is all I am hoping for. 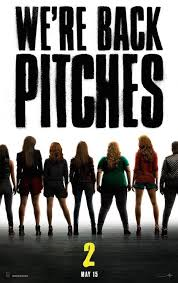 Pitch Perfect 2- May 15th, 2015
I am not sure if anyone could have actually called that "Pitch Perfect" was going to be as wildly successful as its been. I mean another Glee-style show of people coming together through music? Who knew! Telling by the trailer, this sequel could go down in history as one of the all-time best! 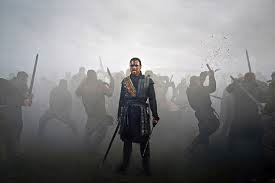 Macbeth- TBD 2015
Shakespeare wrote some great material in his day, and I am curious to see how by the play this rendition will be. It also helps that Marion Cotillard and Michael Fassbender will lead the movie. I always am game for a Shakespeare movie, especially if its done authentically. 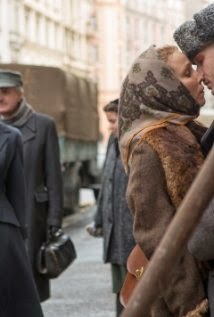 Child 44- April 17th, 2015
It looks like this is going to be a big year for Tom Hardy, and I am curious about this thriller. Its set in Stalin-era Russia, and a MGB agent is tasked with finding the culprit behind a series of child murders. Should be interesting and apparently based on a good book in 2008. Hardy will star along with Noomi Rapace, Gary Oldman, Joel Kinnaman, Jason Clarke, Charles Dance and Vincent Cassel. 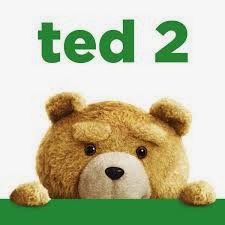 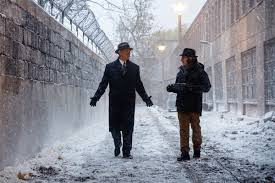 Untitled Steven Spielberg/Tom Hanks Cold War Project- TBD
There are not too many details on this one yet. All we know is that its set during the Cold War, its being directed by Steven Spielberg and it will star Tom Hanks. If there is one thing Spielberg gets right all the time besides science fiction, is history. Like "Munich," or "Saving Private Ryan" or "Catch Me If You Can." When he's paired with Tom Hanks, better things happen! 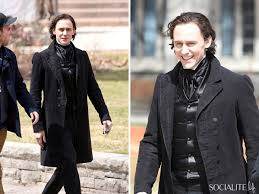 Crimson Peak-October 16th, 2015
Director Guillermo del Toro has either made big budget masterpieces or gothic horror films. For the first time in his career, he is going to blend the two. This little haunted house story will star Tom Hiddleston, Jessica Chastain, Charlie Hunnam and Mia Wasikowska. I am very much looking forward to this film's first trailer. 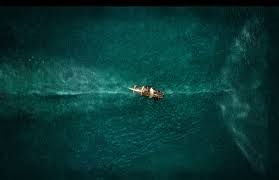 In The Heart of the Sea- March 15th, 2015
Ron Howard never does anything by half-measures. So it delights me that he has decided to adapt Nathaniel Philbrick's novel about a whaleship that gets lost during the 1820's. This film will star Chris Hemsworth and will probably be unbelievable to the eyes. 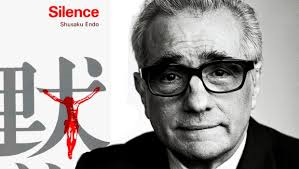 Silence-TBD 2015
Anything being done by Marin Scorsese raises an eyebrow. But this time, no gangsters. Scorsese's next film will revolve around Jesuit priests during 17th Century Japan. The film will star Liam Neeson. Hmm, not exactly the typical Scorsese picture. But Scorsese is just like Tarantino in the way that I love how he reinterprets genres. This should be a good one. 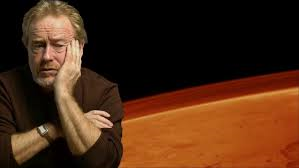 The Martian- November 25th, 2015
So Ridley Scott may have dropped the ball with "Exodus: Gods and Kings" but that doesn't mean I automatically find his voice sour. In 2015, Scott will return to the genre I think he does best at...outer space and science fiction. The movie revolves around an astronaut who struggles to survive on Mars. The film will star Matt Damon, Jessica Chastain, Rooney Mara, Kristen Wiig, Sebastian Stan and Sean Bean.

Insidious: Chapter 3- June 5th, 2015
Oh yeah, I am so glad "Sinister" is getting its sequel. The first "Sinister" movie was a tremendously effective horror movie with an unhappy ending. Now, we finally get to see more of the story. I really hope they go for it. As with "Insidious: Chapter 3?" Well, what's not to get excited about. The first "Insidious" was like a bomb going off, and the sequel was actually a pretty good follow-up. If they can go three-for-three, I will be wildly impressed. If you like your horror movies done right, look no further. 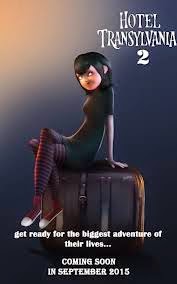 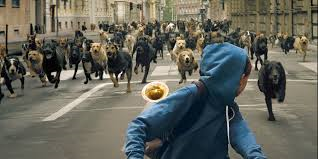 White God- March 27th, 2015
Basically, its "Rise of the Planet of the Apes" with dogs. Except there is apparently no CGI for this movie, all the dogs in it are real. You maybe groaning by that description, but hear me out. Despite helping rescue people in need and helping police catch criminals, I think lots of people out there mistreat dogs. They really are our best friends, yet so many people out there abuse, neglect and abandon their dogs. The idea of a puppy mill terrifies me, and the long list of how dogs are hurt across the world is enough for me to fall in crippling despair. So for a movie, is it really out of the realm of possibility that dogs might get sick of all the mistreatment and actually try to kill us all? Let's not get too technical, just check out the trailer below.

So that's it for my Must See list...tomorrow I will begin my list of "Maybe's" Which means they are movies which I feel will either be really good or really bad, and its hard to tell right now if they will rise or fall. Check back here tomorrow night for that list!
Posted by Shawn Hoelscher at 8:10 PM