The 2015 Radar Project: The Maybe's
I began this extensive look at this year's new film releases with a two-part list of Must See films. These are the movies that I firmly believe have the very best shot of being great. And honestly, given the talent involved in the Must See's, it is going to take some major fuck-ups for those to come out piss poor. For the first part of the Must See List click here. For the Second Part click here.
Now, The Maybe's List is the half-way mark essentially. These movies have my mind and heart at 50-50, either they are going to be good or they are going to be terrible, and I don't believe there is enough evidence to point to which side of the spectrum they fall into yet. I see potential in all of these titles, I am just not sure if that potential will be used or misused. Which is why these films are on a bubble I call The Maybe's 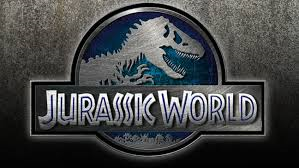 Jurassic World- June 12th 2015
I was originally excited about the prospect of a new "Jurassic Park" movie, but when I watched the trailer for the first time, a bad feeling crept inside me. While I think the first "Jurassic Park" movie is a brilliant piece of iconography, the second and third entries of the series are more of the same, excuses just to get people on the island and killed off one by one. Judging by the trailer we got a few months back, "Jurassic World" looks like that, an excuse. You may have got a good laugh when I announced that the original plan for the fourth "Jurassic Park" movie was to be about human-dinosaurs killing people with machine guns. Hey, that movie could have very well failed, but at least it would have been different. Right now, I see nothing different about this, and it scares me. 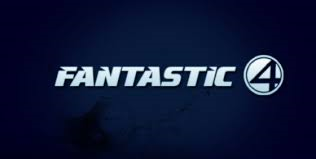 "Fantastic Four"- August 7th, 2015
Another reboot of a semi-popular Marvel property just to hold onto rights. While I am excited by the notion of Toby Kebbell playing Dr. Doom and Tim Blake Nelson as potentially becoming The Mole Man, and while I can stand behind the cast, even if it seems a bit disjointed. I can't really help but get the idea that 20th Century Fox has no idea how to properly manage and handle these characters. Their first attempt was a nightmare, and the rumors I've been hearing sound almost worst. I do need to keep in mind that rumors are rumors, and that we haven't seen a trailer yet. Hopefully 20th Century Fox has turned this property around, it sourly needs it.

"Straight Outta Compton" -August 15th 2015
NWA was one of my favorite rap groups growing up, so that alone already has my attention. The problem is that the movie will be a biopic, and biopics scare me. These movies always feel like a checklist of important points in person's life, rather than actually feeling like a movie. Hollywood tried this with Biggy Smalls and "Notorious" a few years ago, with disappointing results. I really don't want the cinematic memory of the next best rap group to leave a bad taste in my mouth. It looks like the cast is already coming together nicely, now they just need a brilliant script and equally brilliant execution. Will they get it? 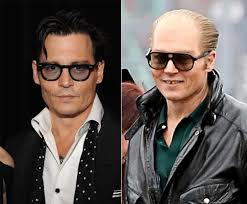 "Black Mass"- September 18th, 2015
Okay, I have to admit, Depp REALLY looks like Whitey Bulger in that picture above. I will also admit that any gangster movie already trips my trigger. But let's be honest, the entire Whitey Bulger story was pretty much covered in 2006's "The Departed" (although it was fictionalized, its pretty clear who Frank Costello was based on given the history of Bulger.) And if 2014 was any indicator, when Johnny Deep isn't playing one of the bizarre roles he's famous for playing, he's clearly a blank onscreen. I learned that the hard way with "Transcendence" last year, and its clear across the rest of his filmography. Even though I loved "Public Enemies," I am not sure Depp shined as John Dillinger in the way I think he was supposed to. So really what's the point of making this at all? I hope I am given an answer come September.

"Hot Tub Time Machine 2"- February 20th, 2015
I don't know how many of you remember "Hot Tub Time Machine," but I actually enjoyed it for what it was. I would have never have guessed it would ever get a sequel, and I sincerely have no problem with a sequel. I just really don't see how they can't make this one feel like treaded water. I could be wrong, the trailer looks like its headed in a more ambitious state, however the trailer never made me laugh. Plus, no John Cusack, no dice.

"Cinderella" March 13th, 2015
Another year, another live-action treatment of a popular Disney classic. The look of the film seems spot on and Richard Madden as Prince Charming is great for us "Game of Thrones" fans. But all the live-action Disney classics have ranged from mediocre to terrible, so why get overly-excited about this one when the track record is already off. The other thing, what really is the point of all these remakes, is for Disney and their need to show off their special effects departments? I don't know, what I do know is that its going to take some real convincing that this isn't just another Disney cash grab.
﻿ 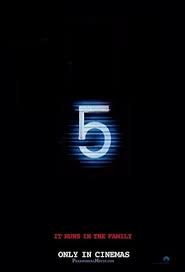 "Paranormal Activity: The Ghost Dimension"- March 13th 2015
I've really enjoyed "Paranormal Activity" so far. I love that it tries to be scary. I love that there is an engaging story throughout the franchise. I love that it pretty much sank the awful "Saw" franchise and burned it to the ground. I think it does a good job of unlocking the possibilities of found footage. I just feel with the franchise' last two entries, that the story is becoming more questions that answers. If this franchise wants to continue to strengthen its fan-base, it needs to start paying off on some of the big questions that have been looming for awhile now. This next installment cannot be more of the same, and if it is, it could be the last installment. 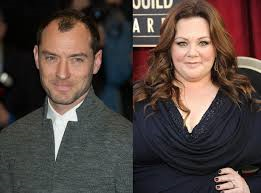 "Spy"- May 22nd, 2015
I think Melissa McCarthy has some talent underneath all those silly, fat-joke roles she seems to be bombarded with. In "Spy," McCarthy will play a CIA analyst who secretly goes undercover to help her co-workers. Jude Law and whole mess of other talented actors are in this, but if this is going to be normal Melissa McCarthy, then I don't know if I'll be interested. If they give McCarthy something unique and fresh to play, then I'll be excited. 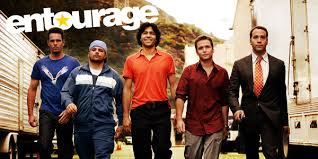 "Entourage"- June 5th, 2015
"Entourage" was a great show, and it was something I really loved watching. While I was sad to see the show end, I think they left it at just the right time for the characters. So it really confuses me that a movie is being made. I don't see what they could do with these characters that would be relevant enough for them to show up again, especially in a movie. Plus, given the success of shows that turn into movies, it's hard to get excited about this, no matter how good I think the source material is.

"McFarland USA" February 20th, 2015
I ran Cross Country in high school, and was a varsity letterman all four years. I love to run, so when a movie about a Cross Country team is made, I am instantly excited about it. I have always enjoyed the work of Kevin Costner. I am little wary of the idea of this being a Disney Sports movie. I don't need the normal Disney themes shoehorned into this movie just because, and I am afraid of an inevitable phonies which is present in all their sports movies. But man, I really want to be wrong on this.


That's all for tonight, I'll see you back here for Part II tomorrow.