Yesterday, I posted my list of favorite films of 2014. But every year, I find that there are more than just ten films that are great. In fact, there are more than ten films each year that are worthy of year-ending discussion. I hate limiting the conversation, especially when it comes to movies. It is sometimes downright impossible to limit only ten spots for the best of the year, especially when leaving a year as epic as 2014. Had the previous list of movies not come out in 2014, I would be more than happy with this list of Runner Ups to take its place. So I proudly present, the ten films that just barely missed the Top Ten List. 1. Captain America: The Winter Soldier
The Marvel fanboy in me is having a heart attack right now.

I have every MCU movie on blu-ray currently, and after I witnessed "Captain America: The Winter Soldier" in April, I spent the rest of the day immersed in MCU movies. After that I knew, that "Captain America: The Winter Soldier" was the best Marvel movie so far, and easily one of the very best superhero flicks ever made. But its more than that, its a movie that tipped the entire MCU franchise on its head, forcing its characters to change. Now, I have an even bigger incentive to see "Avengers: Age of Ultron," in May, because I am wildly curious to see how these characters change and adapt after the events of this movie. If that weren't enough to praise, "Captain America: The Winter Soldier" makes furious comments on our current political issues, while also generating some of the best action scenes in any movie this year. Not bad for a movie directed by two brothers who came from comedic backgrounds. Yeah, I still trying to wrap my head around this one, around how good each actor is, about how the Winter Soldier's music is the best score for any villain besides Heath Ledger's Joker theme. This is a one of a kind for the superhero genre, and is widely celebrated in my house. 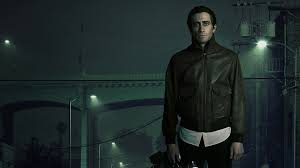 2. Nightcrawler
This was a fine year for Jake Gyllenhaal, and how his character paints a portrayed of a perverted American Dream is all the reason to see this movie. Actually, that's not quite true, the story is pretty fucking badass on its own terms. But when you stick a great actor who pushing the material to brand new heights...well...that's something alright. There is a pulpy style to this flick that draws you in fast, and how creepy and confident Gyllenhaal is in this movie is enough to make you want to stand up and clap. I really can't remember when the world of broadcasting was so creepy and so engaging (possibly 1974's "Network"?) But "Nightcrawler" sheds light on how videos and media play a huge part in television culture right now, and how that may not be a very good thing.

3. Gone Girl
Would it surprise you if I told you that out of all the horrific imagery I saw in horror films last year, that its this face that freaks me out the most? If "Gone Girl" affected a male so terribly that they were afraid to get married, I wouldn't be surprised. This movie plays like the worst, worst, worst possible way a marriage could go south. Or when you realize that the person you devoted yourself to forever turns out to be someone you don't recognize anymore. If Rosamund Pike doesn't win the Oscar for Leading Performance for a woman, it will be an injustice to the world of screened art. She awakens onscreen in a way I never thought she would, and director David Fincher was lucky enough to be there to catch on camera. He was also lucky enough to have his usual musical collaborator Trent Reznor create entire moods out of musical notes. (With help from his colleague Atticus Ross). Truly masterful work, and another reminder of why David Fincher is one of the best directors in the business currently. 4. Guardians of the Galaxy
I stand by my statement of saying that "Captain America: The Winter Soldier" is the best Marvel movie so far, but "Guardians of the Galaxy" is still the most charming and the most fun. It is also proof that no idea in Hollywood is a bad idea, if you are willing to execute your idea properly and if you are willing to hire actors and crewmen just as passionate as you are, the movie will be great. What's not to love about this movie? How can I even begin to pick my favorite character, when every single character leaves a mark? How can I pick my favorite scene out of so many remarkable scenes? How do I pick my favorite piece of music when I love the entire soundtrack in equal measure? This is a firm example of artists making all the right decisions, and it paid off in ways I bet Marvel never fathomed. 5. Life Itself
It probably seems like the ultimate bias to put a documentary about the film critic whose death inspired me to start this blog anywhere on this list. But when a documentarian (especially Steve James who made the magnificent "Hoop Dreams") captures the essence and spirit of a particular person, it can be just as wrenching as the best fiction. Steve James doesn't tap-dance his way out of telling the full story of Roger Ebert and he doesn't always necessarily paint him in the best portrait, and that's what I love about the movie. When a documentary dares to say "this is who this man was, take it or leave it," its powerful and most of all, it is truthful.

6. Foxcatcher
This is easily one of the strangest motion pictures I have seen in awhile, but at the same time, that is part of its power. There are entire stretches of the movie with absolutely no music, and even very little dialogue. Yet, you can never take your eyes off of Steve Carrel, Channing Tatum or Mark Ruffalo. There is something very odd about their performances, and that weirdness is what's going to keep people talking about them once the Oscar race kicks in. This is definitely not a movie for everyone, so I am awfully hesitant to put this movie on here. But I have to be honest that I will revisit this movie frequently just to see how masterful Carrel was in something that just wasn't his comfort area. 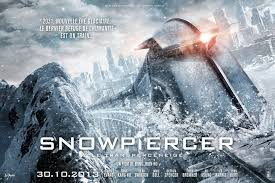 7. Snowpiercer
Really great science fiction should challenge our thoughts and challenge our emotions. Really great science fiction should wow us with visuals, ideas and scenery. Really great science fiction should challenge or confirm our beliefs, and hold up a nasty mirror to ourselves and where we fit in our culture. I think "Snowpiercer" accomplishes all of those goals, and has become something I think about quite a bit as the months pass away. It also helps that the incredible cast that includes Chris Evans, John Hurt, Ed Harris, Tilda Swinton and Jamie Bell are all at the top of their game. The action scenes are hyper-kinetic love letters. While I wouldn't say that "Snowpiercer" ranks up there with "Blade Runner" or "2001," it definitely gives something special to a genre that hasn't been itself in years. 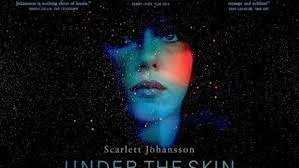 8. Under The Skin
God this movie is creepy. From is eerie premise to its equally eerie music and atmosphere, this movie is just creepy. There is a particular scene involving a baby that I haven't been able to get out of my head since August. I would have never once expected Scarlett Johansson to sign up for something like this, but I understand now that no other actress could. There is something primal hidden deep down inside of Johansson, and if she keeps choosing roles like this, everybody is going to respect her in a whole new light. 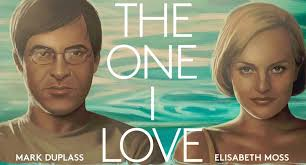 9. The One I Love
Now that I think about it, I think science fiction really reached for a new high in 2014, and I felt very rich and blessed to have witnessed it all. "The One I Love" is proof that a science fiction film doesn't need to have a massive budget or eye-popping visuals in order to fit into the genre. Heck, it doesn't even need to have something unique or useful to say about today's world issues. It just needs to be able to tell a thought-provoking, entertaining story, and I think "The One I Love" does that tremendously. The work by Mark Duplass and Elisabeth Moss is superb and the journey there characters go on is mesmerizing. 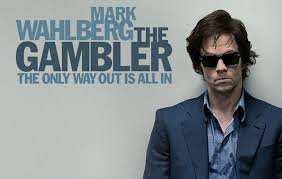 10. The Gambler
Mark Wahlberg lights up the screen as somebody who always seems compelled to lose, particularly when he's gambling. This is a movie about someone so out of order with his life and his world that self-destruction seems like the only answer. Then he meets someone who can help turn his life around and it seems like too little, too late. While "The Gambler" is a slick little movie, and is pumped with style, I love that it boils down to being a story about finding redemption in the most usual places and then running for it. The icing on the cake is that Mark Wahlberg gives the performance of a lifetime, and I can only hope he seems this alive in the movies for the rest of his career.

So that's it for the good stuff. Sometime tomorrow, I will be switching to the dark side of the coin and I will name my Ten Least Favorite Films of 2014. After that I have a few more "end of 2014, beginning of 2015" stuff to tackle before this new year of movies gets going, so be sure to keep checking back in daily.
Posted by Shawn Hoelscher at 7:11 PM