But not only movies, but it seemed to me that nearly every actor was on top of their game this year. Actors that I never really cared for in the past, like Kristen Stewart, Robert Pattinson and Nicolas Cage all did incredible work this year...not just good work, but incredible work. Jason Bateman, Michael Keaton, Jake Gyllenhaal...something came alive in them this year, and perhaps these performances elevated a good movie into a great one. It seemed that every actor put their best foot forward this year, and it made a year that was richer than imagined.

Two nights ago, I compiled a list of films that almost made this list, as well as the Runner Up list. As I stated that night, I saw 160 new releases in 2014, and I think I did a pretty good job seeing everything I really wanted to see this year. I also stated that the big Awards movies that I didn't catch this year would be made up for in this year's Awards Circuit column. I had a lot of fun doing that last year, so I want to do it again. Right now, I feel really good about the list I am offering up tonight, and I really hope you all got a chance to see these movies.

As always, I want to state that these are not "The Top Ten Best Films" or "The Ten Most Important Films" of the year. These are merely the movies that I remember the most from this year, these are the movies that I feel offer up the best of the Hollywood industry at the moment. These movies resonated with me, made me think, challenged me. If you didn't catch any of these movies, then I would want your greatest attention toward these ten. Always remember that this is all my opinion, and if you want to share your lists in the comment section, that would be great fun. But mocking and criticizing someone because the art you loved this year isn't the same that I did, is not great fun. So let's keep that in mind. 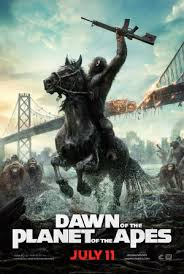 10. Dawn of the Planet of the Apes
The year 2014 was a superb year for mainstream blockbusters. But from all the rich tentpole films we were gifted with this year, "Dawn of the Planet of the Apes" stands out, almost creating a category of its own. First and foremost, this is an incredible emotional journey just as much as it is an action movie vehicle. How easily director Matt Reeves was able to evoke piercing emotions while also wow-ing us with spectacular visuals is not something anyone can do. I love that this is a movie with no villains, just people (and animals) being broken by the pressures and influences of violence, and how that begins to break certain characters is astounding. The digital acting by the likes of Andy Serkis and David Kebbell is just as engaging as the performances by Gary Oldman and Jason Clark. But just how easy Reeves made something so personal out a big-budget Hollywood movie is a minor miracle. 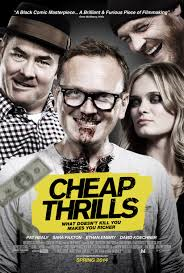 9. Cheap Thrills
Sometimes, comedy works in a slapstick manner, other times it is just fine being offbeat. What is difficult is making humor so jet-black that you don't know whether to laugh or throw-up. It seems like director E.L Katz had a great time tiptoeing that line while he was making "Cheap Thrills." A movie that you feel like you have figured out as it opens, but keeps escalating towards something so manic that you will laughing while you are cringing in the corner. I love how effortless it was for Katz to get an audience laughing one moment, then creating stern tension in other moments. The acting chops by David Koechner is completely hypnotic, and fans who know him as Champ from "Anchorman" will barely recognize him here. Also, Pat Healy is a real stand-out. 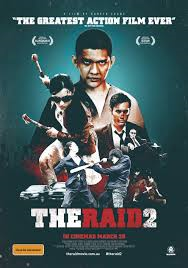 8. The Raid 2
I'm not sure which action films you watched this year, or how many. But I can say without hesitation that "The Raid 2" was the best of the lot. There was no other action movie that was so much absorbing action, and the action scenes in this movie are some of the very best ever committed to film. The intensity, the imagery, the sound, its so overwhelmingly demanding. So not only does this film have the very best action you'll ever see, it has a story that is more twisty and clever than the usual action pictures. Too many times, action movies will provide a simple set-up, which is just an excuse to watch the heroes and villains clash. Here, it is easy to get wrapped up in the grit and noir of the story being told. All of which makes "The Raid 2" an experience to remember. 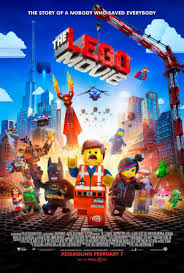 7. The LEGO Movie
Yep, I liked it that much. If it were just the clever stop-motion and the shameless excuse to get every DC character into one movie, while also adding Dumbledore and Millhouse, "The LEGO Movie" would have been wildly entertaining. But what makes "The LEGO Movie" as one of the highlights of the year is its hidden message. This is much more than wild entertainment for your children. This is a wake-up call for the growing generations of people who are helplessly clinging to their nostalgia. It is also a movie that dares to say that there is something very good in all of us, and if we channel that goodness, no matter how big or small, we can impact the world. A pretty hefty message for a movie featuring robot pirates and sharks with lasers. Everything is awesome, indeed. 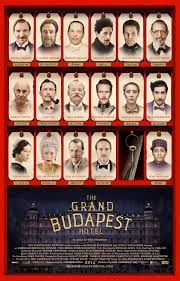 6. The Grand Budapest Hotel
Its hard for me to remember a year when Wes Anderson made a new film, and it didn't end up on my end-of-the-year list. But one of my favorite things to witness as a film fan is watching an artist grow film by film. It seems like Wes Anderson is one of those rare directors who is constantly trying to out-trump himself every single time he sits down in the directors chair. With "The Grand Budapest Hotel," it seems that Anderson has finally unleashed all the wit and power he's been harnessing for years. The result is his most colorful, most vibrant piece of art that is a pleasure to watch each time. Picking Ralph Fiennes to play the lead in this movie seemed like a happy accident at first, but what shocked me is how much Fiennes embraced what he had to do onscreen. Now, I want Fiennes and Anderson to work together until they retire. 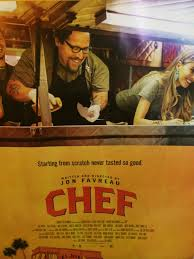 5. Chef
Jon Favreau may have suddenly become a household name after directing the first two films in the "Iron Man" franchise, but when he creates smaller fair like "Chef" I appreciate his talents even more. Its a joy to see how well a filmmaker can read and direct, even without a monster budget or any special effects. This movie about family and food has just as much heart as his "Iron Man" movies did, and easily just as much humor. It also seems that for the first time in his career, Favreau bared his soul to us, and we are richer for it. It also helps when you've got a cast that includes Sophie Vergara, Scarlett Johansson, Dustin Hoffman, Robert Downey Jr., Bobby Cannavale and John Leguizamo. 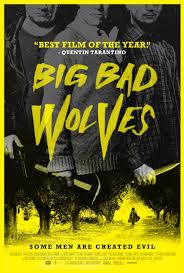 4. Big Bad Wolves
There were two films on this list about violence and how it can turn people into monsters. While one movie showed us it can be done within the summer blockbuster format, this one takes the ugliness of that concept and rubs your face in it. This is a harrowing masterpiece of thrilling suspense, something that was nearly impossible for me to shake, even having seen it last January. If the blood-spatter doesn't get under your skin, then the overwhelming drama surely will. 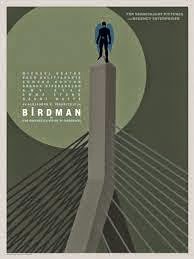 3. Birdman
A cerebral dramatic-comedy starring Michael Keaton seems like an odd idea for a movie. I know, explaining this movie to family and friends was a tough thing to do. But I couldn't believe how oddly addicting "Birdman" was to watch. This movie not only features the best Michael Keaton performance to date, but also a genuine style that is instantly iconic. I love how the movie never cuts away or changes scenes. We are experiencing this movie just as much as Keaton's character is, and sometimes its easy to get positively lost in this experience. It's certainly not a movie for everyone, but something I am glad I saw. 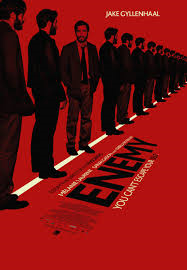 2. Enemy
You know, I feel like a terrible, terrible blogger. Because I promised a second review and more discussion on this film, and my workload never allowed me to do it. I think trying to put my head all the way around this film has been a struggle for me. But that's precisely what a good psychological thriller should do, keep the audience constantly debating what just transpired in a movie. Many people have been clamoring Jake Gyllenhaal's work in "Nightcrawler" this year, and trust me its good. But I felt the work he did here is oddly overlooked. (Especially since he technically had two parts to play.) Having the debate over what certain scenes mean, and what was easily the most shocking ending to a movie all year meant, is just a little of the fun to be had with "Enemy." One thing is for sure, I'll never look at spiders the same way now. 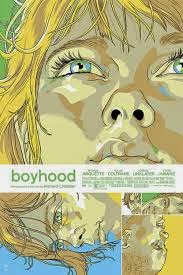 1. Boyhood
This was a no-brainer for me. You are all probably sick and tired of hearing about this one by every other writer of film, but this time the hype is true. "Boyhood" is a movie that not only changed my life, but I felt revolutionized from it. My perspective on life drastically changed because of it. I feel with all my heart that as I watch this movie in other parts of my life, it will affect me in a different way each time. Any year when a director tries something ambitious, and takes a gamble on the audience, is always exciting. But what I witnessed with "Boyhood" is something else entirely. The idea that Richard Linklater directed this movie, a few weeks at a time, for twelve years, using the same cast each year who were busy with other acting projects, is a tall order. But Linklater brings it all together in a way so natural that I'm sure he has other artists envious now. Not to mention that Linklater made all of his characters easily identifiable, even if you've never gone through a divorce or any of the struggles we see the film's family go through. But he really captured the essence of growing up in this world, and how each year affects the other. Linklater's masterpiece paints a beautiful picture, and it floored me the first time I saw it. I can't wait to experience it more in the future and I can't wait to see how it speaks to me further.

I'll write up my Runner Ups list tomorrow, and I have got some more end-of-the-year fun coming in the next couple of days. So keep dropping by, I am itching to know what all of you thought of this year in movies.
Posted by Shawn Hoelscher at 10:27 PM