2014: Year In Movies (My Least Favorite Films of the Year) 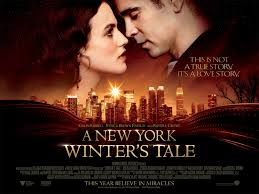 The year 2014 was a great year for film, but that doesn't mean that it was without it low points. There was plenty of garbage being spewed out into the theaters last year and as much as I try to avoid a bad time in a theater, sometimes I just get caught in the crosshairs of disaster. I want to say that this isn't necessarily the "Worst Films of 2014," just "The Ten films I liked the Least." Any year has movies as bad as "Devil's Due" or "Alien Abduction." There are also plenty of disappointments like "Transcendence" or "Hercules." But movies that make this list I may or may not had a slight hope for, but ended up being terrible. This list is reserved for movies in which I think I would rather do anything else in the world besides sit through them again, a true definition of a piece of crap. Examining your thoughts on a year can be good to remember all the remarkable cinematic experiences we had, but also a great time to forget the stuff we never have to spend time on again.

10. Non-Stop
Can we all just agree that Liam Neeson is a badass, and we don't need to stick him in each cliché situation just so he can play up his Bryon Mills persona some more? No matter how different the story maybe, or how different its cheap gimmick might be, this is basically "Taken on a Plane." It is bombastically unimaginative, extremely predictable, purposefully phony and features some of the most disturbing post-9/11 stereotypes that have filtered a movie to date. I don't know what Neeson was thinking with this one, but we are all poorer for it.

9. Annie
I'm not sure what director Will Gluck was thinking with this one, but where I come from, when you make a musical, the most important part of its story are the songs and dances. Obviously, that went over Gluck's head entirely because its clear that the songs and dances are the two assets he's least interested in. He seemed much more interested in watching all these good actors deliver petty dialogue and look silly they slugged around onscreen. I'm not sure why someone would even bother with directing a musical if they clearly hate music, and this film is dumbfounding and flat, from start to finish.

8. Tammy
Melissa McCarthy was wonderful in both "Bridesmaids" and "The Heat," but is she really just adding up to a one-trick pony? Is McCarthy really just destined to become a female Zack Galifianakis whose only purpose is to make fat jokes? If so, for the love of God, tell me why, because she can so much more. And this traumatic letdown is proof that her usual persona is going stale fast.

7. The Captive
Basically, think of this as a crappy "Prisoners," and you can understand where this one went wrong. I don't see the fun nor the point of making a thriller where the bad guy is obvious, gives into the good guys easily and creates something so numbingly cliché that it would have been laughed out of a pitch meeting in a major studio. This just goes to show that just because something has festival prestige, doesn't mean it worth our time.

6. Exodus: Gods and Kings
I maybe a fan of Ridley Scott, and I may be in his corner a lot more often then most people, but I sometimes his faults are hard to bare. After so many movies about Moses, you really need to bring something fresh to the story in order for it to be watchable. Sadly, nobody told Scott that, which turns "Exodus" into a weird, church-reenactment with big stars. That's without mentioning the culturally bankrupt casting and the horrific botching of the two key scenes that are essential to any movie about Moses. It's almost like Ridley Scott didn't even watch the ending result of his movie...

5. Transformers: Age of Extinction
I am starting to see why so many people hate Michael Bay, he goes WAY out of his way to make his movies epic. I thought he was trying to breathe new life into his already mediocre franchise by bringing new human stars to the movie. But this time, he fills his movie with so many needless ideas that it caused a severe headache. When someone makes a nearly 3 hour movie, and one can easily edit out 2 hours worth of content, you know you went overboard.

4. Heaven Is For Real
I think I'd believe this boy a lot more if his movie was a little bit more convincing that he actually saw God and Jesus. Throwing cheap-looking special effects with a creepy, silent kid out of a horror movie into a Halmark channel-level script won't convince anybody God exists. There was only one thing on the mind of each person involved in this movie, money lots of money. That's the most sinister idea of them all.

3. Divergent
Dear Shailene Woodley...you're no Jennifer Lawrence. You are not even Daniel Radcliffe on a good day.

2. Endless Love
1. Winter's Tale
I never wrote reviews for either of these movies, because honestly, I was stunned silent. "Endless Love" is a poor man's "Notebook." You will know exactly how it will unfold before the opening titles finish. Plus, the film goes out of its way to be boring, sappy, and tries terribly to tug at our heartstrings. To no avail I might add.

And "Winter's Tale?" Dear God, if this were a real fairy tale (which its trying very hard to be), Disney would have never touched it to be the next animated classic. There is nothing about this movie that isn't phony; the plot is phony, the script is phony, the cringe-worthy performances by Colin Ferrell and Russell Crowe are phony, the embarrassing cameo by Will Smith is phony. It's really hard to make modern romance work onscreen, or a modern fairy tale. But "Winter's Bone" seems to only want to be boring and sad. Mission Accomplished.

That's it for my list, what do you think?
Posted by Shawn Hoelscher at 6:37 PM