Who Played It Best? Raiden

Who Played It Best? Raiden 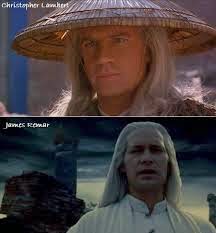 I have never been a huge gamer, but one game that always drew me to playing video games was Mortal Kombat. I was instantly drawn to the story of a martial arts tournament, and how a representative from several dimensions fought at it. I liked that if you wanted to invade a dimension, you had to win ten Mortal Kombat tournaments. On a little side note, I always gained satisfaction from forming words that normally start with "C" into words that start with "K." When the first "Mortal Kombat" movie came out, I was five years old. You can make a safe bet that I lost my damn mind over the movies. When I was young, I dug both "Mortal Kombat" movies, thought they did a good job with them. As I got older, and as my tastes changed, I realized the movies where pretty bad, and now it is really hard for me to sit through them. Even trying to watch them for a laugh, is a struggle. So this will be a very interesting WPIB column this week, how do you choose between two Raiden's from a horrid franchise? I know absolutely nothing about why Christopher Lambert left the role after "Mortal Kombat" in 1995, I don't know why James Remar took over the role for "Mortal Kombat: Annihilation," in 1997. But, I still wonder who did the better job.

My Two Cents
Despite not caring for either film anymore, I do think one actor in particular has an edge. When I watch "Mortal Kombat: Annihilation," I don't find many redeeming qualities. I don't like the scripts, the fights, the acting, the sound, the special effects, even the costumes are completely tacky. It's just bad movie all around. I think James Remar is a great actor today, but he was still trying to find himself in 1997, and the faults are evident in that movie. Back in 1995 though, I felt Christopher Lambert really tried to make the movie special. The first film didn't come alive much, but when it did, you can bet it was because of Raiden. There was something about Lambert's weird voice that really brought the character to life, and let's face it, he had all the best dialogue. Mix that with an actor at least trying to make this work, and you've got an honest effort. So because of this, I am personally giving the edge to Christopher Lambert.

Agree? Disagree? Let me know in the comment section below or email me (bloggershawn@gmail.com). You have until next Wednesday to vote.

Last Week: WHO PLAYED IT BEST? OBI-WAN KENOBI
Last week, I had everyone decide between old Kenobi or young Kenobi. The results are in and here is how it shook out. 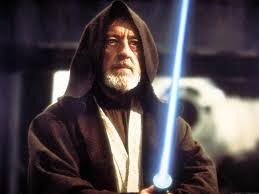