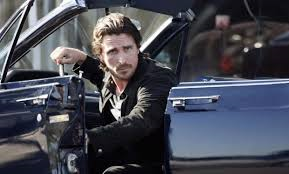 I really just don't get all the fuss over Terrance Malik.

He was once renounced as a God of filmmaking, after his films "Badlands" and "Days of Heaven," where released. I have not seen either of those films, but I plan to as soon as possible, just so I can discover what all the fuss is about.

I did see "Thin Red Line," a WWII movie that came out in 1998, I know "Saving Private Ryan" was the more commercial of the two movies, but both these WWII movies could not have been more different, in the best possible way too. I thought "The New World" was just okay, I could not, for the life of me, grasp what was so special about this guy.

Especially after viewing "The Tree of Life" in 2011 and then "To The Wonder" in 2013. Both movies are two 2-and-a-half hour plus movies of A-list actors standing around, whispering their dialogue at a volume that is hard to hear. Don't believe me, rent them both, but I must warn that it is agonizing to the millionth degree. How these films were ever able to get made is beyond my comprehension. Sure, Malik and his die-hard supporters will tell me that there is a deeper meaning to his both those pictures. But that doesn't resonate with me. Anybody can grab a camera, shoot a bunch of random scenes, and argue that those scenes have a "deeper meaning." I don't want it to sound like I am bashing experimental cinema, because I love that. I just know that the best of this little genre offers story, character and theme. Something I feel is completely missing from Malik's recent movies.

"Knight of Cups" looks like a typical Malik movie. A bunch of good actors are standing around, looking out windows, pondering to themselves. I really wonder how many of these talents will actually end up in the finished product, since Malik is notorious for cutting out footage belonging to entire characters. As usual, the cinematography is beautiful, just like with Malik's efforts from 2011 and 2013. But it's just getting hard for me to get excited. If all "Knight of Cups" adds up to is another muttered poetry slam, then I will officially be done with Malik forever.

Disagree? Let me know. Although I will warn that Malik's trailers are indeed, deceiving. This will be released sometime in 2015.

Posted by Shawn Hoelscher at 7:03 PM