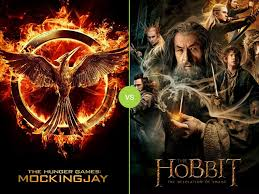 I hope everyone had a great time celebrating. My girlfriend and I went over to a friends house and a had a real nice time. I hope all of my readers had a nice time too, and now before I go to bed, I have to get going on my second favorite thing to do around this time of year, reflect on an entire year of movies.

Of the course of the year we just ended, I wound up seeing 160 new releases. This includes any new released that came the last 12 months or any festival or foreign film from 2013 that finally got wide, United States distribution. Since this blog is my hobby and not my life, I think 160 indicates that I gave the year a real nice shot. There are some films that I really wanted to see that I just couldn't see in time, like "Inherent Vice," "Wild," "Whiplash," "Selma," "The Imitation Game" and "Unbroken." In fact, I was so busy this last month and December all together was a wash. So please keep that in mind as you read my upcoming lists over the next couple days.

The list I am offering tonight is a warm-up, when I sat down tonight to make my Top Ten list and my Runner Up's list, I pulled those choices from a list of fifty films I felt really made a mark on me this year. Some of you may think that is broad, but its true, I like more movies than I dislike each year. I started this blog because of my love of film and nothing else. Sometimes, it feels like film critics hate nearly everything they see, and I wonder why they got into film criticism in the first place.

These thirty films are special, movies that made the year great, but still couldn't find a place on my Top Ten or my Runner's Up. I am sure you will agree that these were some of the years gems. I will hyperlink my review for each film if one was written, if not, I'll give a mini-description of the movie. I got so busy at the end of the year that I didn't find time to review every new thing I watched. But 2014 was a great year and here is what I have to say about it. In no particular order...

1. The Hunger Games: Mockingjay Part I - Jennifer Lawrence continues to dominate this franchise, and now I can't wait for the big finish.

2. The Hobbit: The Battle of the Five Armies - Whether you liked what Peter Jackson did with "The Hobbit" or not, there is no doubt that he ended it with both barrels blazing.

3. The Interview- Because comedy deserves to be off-the-charts crazy sometimes.

4. 22 Jump Street- A sequel that makes fun of sequels...but is still as sequel. Weird.

5. Afflicted- You know why vampires are popular right now? Because people are getting more and more creative with them.

6. Edge of Tomorrow- Yep, Tom Cruise delivers AND this was the most underrated blockbuster of the year.

7. Joe- Nicolas Cage acting in a movie without his "Crazy Nic" persona? Sign me up!

8. Frank- Could be the most oddly rich performance of Michael Fassbender's entire career.

9. Noah- Easily the most ambitious and most entertaining of the biblical movies from this year.

10. The Sacrament- I can't believe how much this one affected me, and after seeing twice since May, its images are still seared in my brain. A true, goose bumps-induced fright-fest.

12. How To Train Your Dragon 2- I have always rated Pixar above DreamWorks, simply because I believe that Pixar makes movies for everyone, while DreamWorks only caters to children. The "How To Train Your Dragon" franchise could easily turn that around. This sequel features eye-popping animation, great themes which can be absorbed by everyone and features some of the very best action from any animation movie. Yeah, the action scenes are big and I do mean BIG.

13. Interstellar - Yeah, its not up to par with the rest of Christopher Nolan's filmography, but its still a rich experience with iconic scenes and images.

14. We Are The Best!- In a film world dominated by male heroes, it feels so fresh to have a movie completely revolved around girls. A movie that doesn't feel like a forced cliché, or about normal female things, or isn't sappy and predictable. I love that there is a movie about girls, which female audiences can identify with. We need more movies where women are the main heroes. This Swedish film featured that and then some!

15. Locke- Really awesome for a movie that takes place completely in a car.

16. Life After Beth- You know why zombies are popular right now? Because people are getting more and more creative with them.

17. Nymphomaniac Volume I- I really wish Volume II wasn't the letdown it was, but this first half was so good, I couldn't get it out of my head over the year.

19. The Babadook- This British horror movie was easily the most frightening thing I saw all year.

20. The Congress- A less popular, yet more beautiful take on the technological surrealist film that beats "Transcendence" at its own game.

21. Tim's Vermeer- Even the most regular of Joe Schmoe's is capable of greatness!

22. X-Men: Days of Future Past- Whatever woke Fox out of its funk and got its ass moving on good X-Men movies again needs a raise immediately.

23. Big Hero 6- Proves that anything is possible in the realm of superheroic animation.

24. A Most Wanted Man- Proof to why Philip Seymour Hoffman was one of our all-time greats, and that he was great with accents.

25. Almost Human- The most memorable scene of 2014? An alien shoving an egg into a woman's vagina through its mouth.

26. The Expendables 3- Is Sly getting better with every film? I think so!

27. Calvary- Brendan Gleeson, who did such a fine job brining Mad Eye Moody to life, plays a simple priest in this piercing Irish drama. The priest is told by a man in confession that he was molested by someone of the cloth when he was young, and now he will kill the priest he is confessing to, even though he is not the person who tormented him as a child. The seven day clock the film installs in the movie is a horrid time table, and Gleeson knocks the audience off its feet, time and time again.

28. The Battered Bastards of Baseball- Making professional teams in the most unlikely places.

29. E-Team- Netflix is crushing it with its documentaries.

So these are the thirty films that I felt where really good movies, movies I am glad I saw in 2014. But they all didn't make the big list, which I will publish tomorrow. Its been a wonderful year at the movies, and I hope you all would agree.

See you tomorrow for the big list and keep tuning in within the next few days. I got a lot of end-of-the-year mania to subdue you with!
Posted by Shawn Hoelscher at 11:45 PM