"Oldboy" the South Korean film from 2003 (or 2005 when the film finally reached global U.S. distribution) is one of the best films of the past 20 years. In the world of American cinema, reboots, remakes and homages tend to take up all the space in the theaters. In South Korea, there is no holding back, seemingly no laws or regulations in censorship. Not only that, but it seems South Korea is always pushing the envelope in originality. A revenge thriller may not seem like originality in this day and age, but "Oldboy" certainly feels original.

So, of course, the American way is to make an American version of this tale.

Josh Brolin headlined an American remake of "Oldboy" last year. A movie that never seemed to hit theaters. While I detested the idea of an American remake of a foreign film, simply for being popular, I decided to give it a go. I thought there had to be a good reason for director Spike Lee to make the film. There had to be a good reason why Brolin, Elizabeth Olsen and Samuel L. Jackson all signed up for it. Now I have seen it and I am wondering how Brolin stacks up against Choi Min-sik?

My Two Cents
I said it last week, and I'll say it again, I'll never understand the reason to remake something that was already good. I don't see how someone can improve upon something that was already perfect to begin with. It's like a teacher give their students permission to re-submit a paper, and a student with an A+ paper deciding to re-write their paper, it makes no sense to me. I still would rather see people remake garbage, movies that have great ideas but fumbled in the process. Look, Josh Brolin is a great actor, one of the very best of his generation. I love him, and I love his talent. I can honestly say that I feel he gave it his all. But his performance just doesn't pass the raw power of what Choi Min-sik did onscreen. Despite being apart of the terrible "Lucy," I really hope Choi Min-sik continues to make an American breakthrough. Films like "Oldboy," "I Saw The Devil" and "New World" indicate that this guy is better than good. For these reasons, I think Choi Min-sik gets the edge on this one.

Agree? Disagree? Let me know by email (bloggershawn@gmail.com) or sound off on the comment section below. You have until next Wednesday to vote for your favorite portrayal.

LAST WEEK: WHO PLAYED IT BEST? NORMAN BATES
Last week was the last week of October, which was the last throwdown between horror related characters. Last week I had Norman Bates sound off, which pittied Vince Vaughn against Anthony Perkins. Here is how the vote went down... 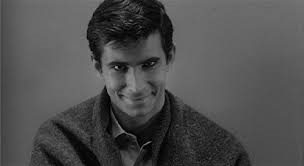 See you next week, happy voting.