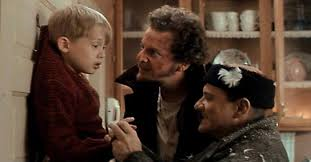 "Home Alone" is hailed as a classic, depending on who you ask.

Personally, I can't imagine it not in my life.

"Home Alone" is a powerful creation. A perfect blending of a Christmas movie, a family movie, a slapstick comedy and an examination of why we need certain people in our lives in order to function. The movie may have spawned several poor sequels. The movie may have defined the career of an actor at a very young age, but there is no secret that "Home Alone" sticks the landing each time you watch it, and it is a holiday favorite of mine.

Something I think the film does very well is highlight the very real pressures and anxieties families can put on each other. I love my family, and we are a very close bunch. Not only did my parents adopt my older brother and I, but they saved my life which was threatened by a serious brain disease at a young age. I owe everything to my parents, but let's be real, sometimes they drive me nuts. Every family drives each other nuts, that is just a small part of being a family. Hopefully your family doesn't bother you to the point of despair, because mine certainly doesn't. But I think "Home Alone" taps into the craziness of being a family very well, particularly a family around the holidays. When we meet Kevin (Macaulay Culkin), we are meeting him at the end of a very bad night. When he goes to bed, the night before a flight with his family to Paris, he wishes he never had a family. Then the next day, they leave without it. It is one of those forbidden wishes some people say but never mean, and "Home Alone" really gets it right.

I also love the subplot about the home invaders. These two nitwits are brought to astounding life by Daniel Stern and Joe Pesci. I think their slapstick quality that they bring to their roles makes the experience quite fun. If they had become more serious and dramatic, the film definitely would have become a horror film. As a child, when my parents first began to allow me to stay home alone, I was a little freaked out at first. Sure, I loved the idea of having a whole house to myself, and I sure didn't jump at every noise I heard, but it was creepy at times. I think "Home Alone" taps into the fear of being alone for the first time well, and also showing us the extreme worse situation that can come from being by yourself. I love how the film handles it in a comedic way and I think it handles that material well. I also absolutely love the work done by Stern and Pesci.

I like Macaulay Culkin does good work in the film. I also regret that this performance pretty much summed up his career before it really began. I think had he played his cards better, this movie could have launched his career toward something better than what he got. Culkin really becomes Kevin and shows us how silly and goofy a kid would be to have a huge house to himself. He does a good job playing an innocent kid and also does great work displaying just how dangerous it is to be a child. That is something people overlook when it comes to this movie, and I think Culkin hit each emotional beat like an expert.

So it's safe to say that I think that "Home Alone" works better than just mindless, family fare. I think it was a movie that had more on its mind that just breaking box office records. This is why "Home Alone" reigns as one of the absolute best films about children, while also being a good holiday movie too.